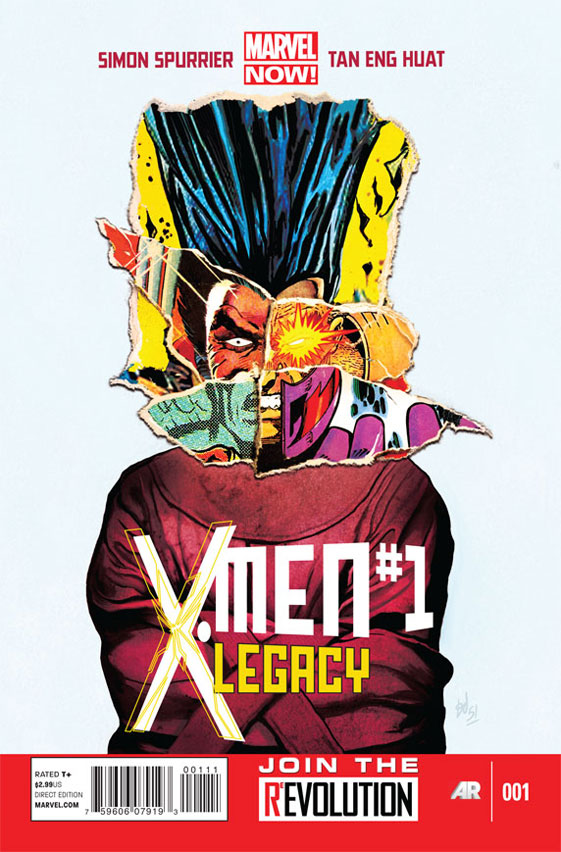 The new direction of X-Men Legacy was one of the most surprising announcements of the Marvel NOW! relaunch. Shifting the series to focus on Charles Xavier's oft villainous son Legion raised more than a few eyebrows. Let's just say that Legion does not exactly have legions of fans. Never the less, with Xavier's recent demise at the end of AVX, if ever the character was to be relevant, it's now. That said, this issue didn't exactly sell me on Legion's potential as a leading man.

Following his recent brush with lucidity post Age of X, Legion has been working with his father, and some mystics living up in the Himalayas. Spurrier and Huat create an interesting if not wholly original manifestation of the way Legion's powers work. The prison metaphor has been used often to illustrate David's tortured psyche but I did like the portrayal of David as vulnerable jailer, especially given that he loses his body guard by issue's end.

Spurrier does a decent job of setting Legion on the path of redemption, and the big shocking moment at the end of this issue adds quite a few more sins to atone for. My major fault with the issue is that the dialogue between Legion and his guru bounced back and forth from clever to necessary exposition, and at the end of the day, I found myself still not caring very much about Legion or seeing why it is necessary for him to take up his father's cause when there are other people far more qualified to do so.

Tan Eng Huat's art on this title may be polarizing to some fans. It's overly exaggerated which fits the humorous tone of most of this issue, but underscores the horrific event that closes the story. While Huat's art complements the Himalayan community of mystics and psychics as well as the inner prison of Legion's mind, it may not service the book going forward as Legion ventures out into the real world.

This wasn't a terrible debut issue, but at a time when so many new Marvel #1s are competing against each other, Spurrier and Huat don't exactly make a convincing case as for why the reader should return next issue. If you are a die hard X fan (and I mean hardcore, live and breath all that is X) or enjoy the quirkier side of the Marvel Universe, check out X-Men Legacy #1. But those desperate to trim some titles from their pull list may want to start here.