This week's question comes from our own Rachel, who asked:

Without consideration of cost or recognizability, what would be your ideal, potentially totally obscure, pop-culturally referential Halloween costume? Assume that you're ringing in the day of the dead with people who are incredibly urbane and know everything about everything, so you don't have to worry about people "getting" it or not. And also, the magical Halloween fairy will bring you any article of clothing/accessory that you need for a successful showing.

This is an easy one for me. What was important about the question was that resources were not an issue, nor was anyone "getting" it. Nobody wants to have to spend all of Halloween explaining what their costume is and this one would probably need plenty of explanation. With all of that being said, I would be Sam Lowry from Brazil, but only the version in dream sequences where he's wearing this crazy archangel armor that allows him to fly through the clouds and fight samurai robots. It's bad-ass. Also since money is no object it would be totally operational. That's right, I could fly away if necessary. I don't think it needs much explanation. The "money being no object" part of this is important to me. If money is no object, I would, without question, be Batman. And my costume would be an exact replica of his actual suit, including all of the gadgets he keeps in his utility belt. I feel like I've been answering "Batman" to a lot of Random Pop Culture Question of the Week's lately, but if ever there was a time to do it, that time is now. I will put a moratorium on answering "Batman" at some point, but when it comes to the perfect, money is no object Halloween costume, there is simply no better answer for me.

Over the course of my life, I have often tried group costumes, only to have everyone bail on me last second leaving my costume making no sense (my Mr. Pink from Reservoir Dogs became "some guy in a suit," and my Jay and Silent Bob costume became "some guy with a beard and a trenchcoat"). If I could ensure that would change, I would finally get my "Martin Van Buren as Barbie Doll line" joke off the ground, with everyone in my life sporting the Van Buren mutton chops and various other costumes (i.e. "Doctor Van Buren" "Beach Day Van Buren" "Jazzercise Van Buren" "Playboy Van Buren", etc). But I've kind of lost my faith in the whole "high concept group costume" ever working out, so I think falling back on The Dark Knight is an especially symbolic choice. Spurned by society, I work alone. Plus, I have a grappling hook, and who doesn't want one of those?

If only for the clothes and general badass-ness it implies, I'd choose Joan Holloway from Mad Men. I mean, her style is impeccable and I could rewear all the vintage stuff in the real world. Clearly, since money is no object, I'd make this "costume" include several wardrobe changes. For the same logic, I could also say Florence Welch, head chanteuse of Florence + the Machine. I mean, her entire tour wardrobe was designed by Gucci. And also she's becoming a burgeoning style darling. And also I like how much me answering Florence pisses off Jordan. 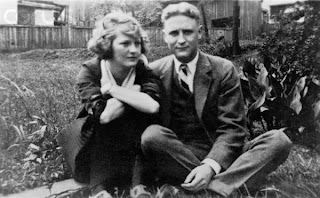 But for a higher impact answer (seeing as I've supplied those answers on basically every question asked on this blog ever...), I'd go with Zelda Fitzgerald, dressed for a proper night out on the town. The entire costume would of course have to be vintage and period appropriate, and would be contingent on having a proper candidate to accompany me as F. Scott, who is, really, to this day the literary hero of my dreams. While the relationship between these two was crazy and intense, it's something that the unbalanced artist in me still kind of extols as the ideal. F. Scott's writing is basically what I wish I could do, and any reader of Zelda's letters would know that she wasn't really all that far behind her husband. Also, they completely dominated the Lost Generation social scene, an era that I harbor some incredibly anachronistic connections to. Zelda was reported to be able to hold her own against the likes of Hemingway, mentally, verbally, and alcoholically speaking, so I think that she's a pretty admirable character. And I'd love the excuse to wear a 2-foot long strand of high-quality pearls down my back, in addition to an exquisitely feathered headband worn over a perfectly finger-curled bob and a fantastic 1920's era silk ensemble, with mother of pearl embellished heels and a matching clutch to die for. And a hat. Don't forget the hat. 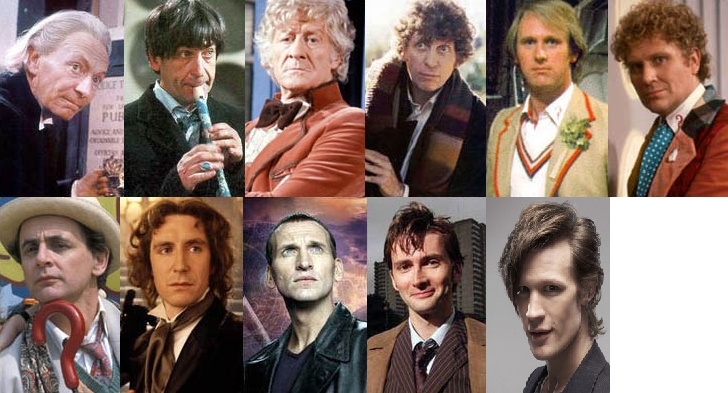 This might be expected, since I review Doctor Who here, but the obvious answer for me is the Doctor. "But Michael," you, Internet citizen, hypothetically say, "lot's of people are the Doctor every year. You can buy that costume at any good costume store." But you're wrong, fucker. Those people lack ambition. No, when I say I want to be the Doctor, I want to be the Doctor in ALL of his regenerations. Eleven different costumes to progress through the night, disappearing into the bathroom to regenerate and come out looking like a whole different kind of silly. And much like each Doctor gets angrier and darker than the last, I would get drunker and drunker until I'm doing keg stands dressed in Scottish tweed and a bowtie.

I thought about using this costume this Halloween but opted out because absolutely no one would get it. My totally obscure dream costume would be Newman Xeno, the villain of Matt Fraction's psychedelic, ode to all that is cool, super spy masterpiece. The costume itself would be easy enought, a suit, face bandages, and sunglasses (maybe a guitar). The problem comes from a night of people thinking that I'm a mummified blues brother, rather than the director of W.A.S.T.E., self professed hedonist, enemy of all reality, and cooking aficionado.