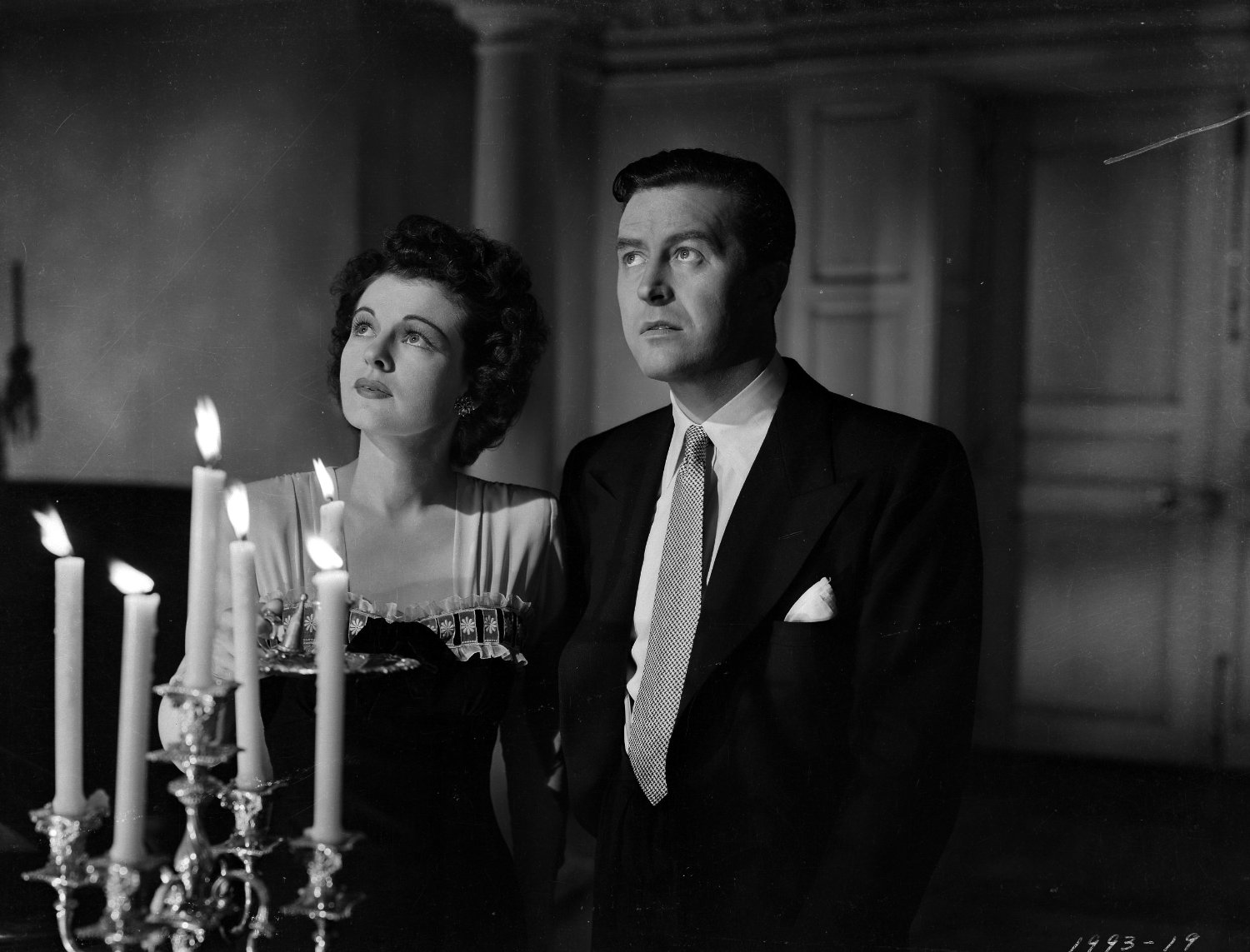 I must forewarn you: there are two other films by this name, and neither of them are in any real way related to the 1944 movie based on Dorothy Macardle’s novel, Uneasy Freehold. Neither of them ranks above a 40% on Rotten Tomatoes, while this one holds steady at an 83%, both for critics and users. But honestly, how much can you trust a ratings system? In this case, I’m going to go with yes, trust it, because while The Uninvited is certainly dated in many ways, and seems to be an uneasy matchup of studio comedy and genuinely chilling horror—a tonal mélange that I might critique in more contemporary films—it has a compelling story, gorgeous scenery, fantastic acting, and has been influential to many of today’s master filmmakers, including Martin Scorsese and Guillermo Del Toro.

The movie opens with Roderick and Pamela Fitzgerald (Ray Milland and Ruth Hussey), a brother and sister pair vacationing on the English coast. They stumble upon an apparently abandoned estate, the gorgeous and mysterious Windward House, and instantly fall in love, despite the creepy presence of locked doors and their own dog’s fear at going upstairs. Undeterred, they combine their savings to purchase the home from Commander Beech (Donald Crisp) who is eager to unload the house on the pair, even against the protestations of his beautiful granddaughter, Stella Meredith (the truly tragic and stunning Gail Russell). Stella is distraught at the sale, having a deep affection to the home as the place where her mother both lived and died. The commander is insistent that Stella stays away from Windward, and the Fitzgeralds, but like all good headstrong teenagers, she sets out to befriend the brother and sister and gain access to the home.

As Roderick and Pamela settle in, strange things begin to happen—sobbing can be heard from the bottom of the stairs every evening, and the “Bluebeard room” where Roderick has set up his music studio (he is a successful composer and music critic) can just depress the hell out of any woman who steps foot across the threshold—and they try to find more information, both from Stella, with whom Roderick has become understandably smitten, and the town physician Dr. Scott (Alan Napier) who assists the pair when Stella becomes overwhelmed by the presence in the home and tries to throw herself from the rocky cliffs. They discover a truly scandalous past, including a few tragic love triangles that have resulted in the haunting that now plagues Windward’s halls. In an attempt to free Stella from her dangerous obsession, Roderick stages a séance to try to get her to see that the spirits want the young woman to stay away from the estate—but the ghost doesn’t play along and things begin to unravel from there.

One of the things that makes this film still hold up today despite the many ways that it has aged is that it has a few moments of fantastic creepiness that sneak up on you—this is due to an odd combination of studio romantic comedy (there is a scene with Stella and Roderick on a boat that Milland’s performance just kills) spliced in with the ghost story. At first I thought the tonal shifts were too jarring; they had seemed a bit quilted together unevenly. But as the film progresses, you see that the moments of lightness and romance not only deepen your relationship to the characters but they make those more dark and mysterious moments more affecting. Not only is the story compelling, but the filming is quite lovely (even though there are a ton of times where the “studio-ness” of it all is quite apparent) and the acting is across the board fantastic. It is impossible not to find Milland and Hussey charming, and even more impossible not to fall a little bit in love with Russell. Another of the feathers in the cap of this film is its music; Vincent Young’s score is truly lovely, and the gorgeous “Stella By Starlight” was written for the movie, adding much to the atmosphere and the romance.

If you are looking to have your pants scared off, then this probably won’t be your thing, but if you like a dishy plot, lush visuals, and that hair-on-the-back-of-your-neck-standing-up feeling, then give this studio standard a try—not only is it fun, but you can easily see its place as the forerunner of many of our haunted house movies today.