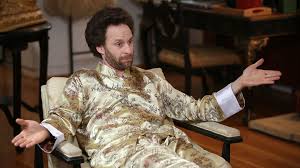 Parks and Recreation, still funnier than most shows seems to be slowing down a bit. I’m not sure anymore that its just a questionable recall storyline I can blame at this point. This week we got another double serving of Parks and it will be the last we see of it until the New Year. This is depressing and likely ominous news about the future of the show. Then again, it’s always been on the ropes. “Fluoride” and “The Cones of Dunshire” weren’t great, but it’s still Parks and Recreation so there were laughs to be had – which isn’t true of all decent sitcoms. That Parks can still get me to laugh out loud at least once an episode is a very good thing.

With “Fluoride” Leslie steps up against two regular foes – Jamm and the stupid population of Pawnee. Jamm, with the help of the Sweetums Corporation are trying to prevent fluoride from being added to the water because FEAR, CHEMICALS, MIND CONTROL – all the stupid reasons that some places still don’t have it.

The best parts of “Fluoride” came outside of Leslie’s conflict. After setting up a dog adoption site, April decides with Craig (PLEASE KEEP CRAIG AROUND) and Donna that everyone should get a spirit dog. At first just a funny gag placing people with dogs that look/act like them (Andy is a lab because of course he is) this turns into a story about how April doesn’t really know Donna. After coming to terms that she doesn’t know Donna particularly well, April figures out that she’s actually a cat. It’s kind of a perfect character moment for two people who don’t share a lot of screen time and are both incredibly funny.

Leslie enlists Tom to help make a campaign to combat Jamm and get fluoride in the water. Now without his Rent-A-Swag business, Tom has time on his hands and uses his marketing genius to “rebrand” water as “TDAZZLE” (sometimes that comes with a hashtag). It’s fun and exciting and the people of Pawnee eat it up like they would a Paunch Burger. Sweetums and Jamm counter with “Drinkums” which sounds like soda that will replace the drinking supply. In a last ditch effort to get the town back on her side, Leslie starts describing the facts and figures behind Drinkums, which bores the crap out of the constituents.

It was a fairly standard Parks and Rec battle – Leslie is on the right side of the issue and finds a way to force-feed it to a population that doesn’t know what it really wants. I didn’t find it to be a particularly strong episode, even if there definitely were some funny moments thrown throughout, including an always amusing pairing of Ron and Chris working on homemade cribs. It felt like the normal structure and conflict of a Parks episode, it just felt stale, well-worn territory. The town is dumb, Leslie isn’t and the good guys won out. Good not great.

In the night’s second installment, “The Cones of Dunshire”, Ben is reeling from losing his Sweetums gig after all the fallout from the fluoride issue. Ben is in unemployed mode, wearing his Letters to Cleo shirt and coming up with hilariously doomed moneymaking schemes. This time, instead of calzones, he makes an impossible board game with ledgermans and giant cones that will certainly be even bigger when it’s made into an actual game. He needs a job -- fast. While he tries to get back into the workforce, Leslie is going up against Jamm again (see a pattern developing?), trying to get construction started soon on Pawnee Commons. Leslie figures that since she’s a lame duck councilwoman, she needs to go out strong and this would be a great project to get going. Unfortunately that means convincing that evil Jeremy Jamm to give her the vote she needs. COULDN’T SHE GO AFTER SOMEONE ELSE’S VOTE?? Whatever. She and Chris, who is an impartial party, goes to Jamm’s house and wines and dines him among his creepy Asian knick-knacks that he claims represent his deep knowledge of the culture (Benihanna tapanyaki grill, photos of female Korean golfers and Edamame, which he eats incorrectly). Jon Glaser is really funny this week, playing up Jamm’s eccentricities and it was nice to see him not just be an evil counterpart to Leslie. It’s been one of my biggest pet peeves with the show since Jamm has been introduced. He’s become just a plot device to give Leslie and the Parks Department problems. He needs to be more of a character and this episode gave him some room to grow.

Elsewhere, Ron enlists Donna and Tom to help sell his cabin in the woods, which is far too booby-trapped for kids to be hanging around. When they make it look all fancy and yuppie-fied, Ron finds that he doesn’t want to sell the cabin to some hipsters or douchebags. He wants someone who will enjoy the cabin the same way he did. He ultimately decides to sell it to April for the contents of her purse. It was a slight storyline, but it made sense with these characters. If nothing else, Parks knows its characters as well as any other show on television. Except for maybe Jamm, who I’m not counting.

Ben meanwhile goes back to the accounting firm. While lots of stuff revolving around him are rehashes (or callbacks if you’d like) of his past storylines, it was still great fun. Ben is a rock god at the accounting firm, coming up with great solutions and cheesy jokes the other accountants fall all over. It’s truly heartbreaking when he has to quit again after getting a job offer from Chris. It’s OK though, he left them with The Cones of Dunshire and they love it.

After appealing to Jamm as much as they could, and that includes some incredible karaoke, Jamm agrees to begin construction in a year. This isn’t good enough for Leslie because she really wanted it to be a place that would appeal to Chris and Anne. I love that Leslie would want to do this for her departing friends, but I don’t really give a shit about the two of them, frankly. It’s a sweet sentiment, and absolutely something Leslie would do. This moves Chris and while he can’t stick around in Pawnee, he gives Jamm five IOU’s, which he’ll never have to produce because he’ll be gone.

I enjoyed “Cones” a bit more than “Fluoride” for its character development of Jamm, April’s handling of the Swanson cabin situation and Ben’s return to the accounting firm. It certainly wasn’t in the upper echelon of Parks episodes, but it was a solid effort, which is basically the worst-case scenario since the show broke out in its second season. Parks seems to be in a place where it can deliver good to great half hours, but can’t his those highs of seasons two and three. That’s OK though. Shows age and are rarely able to keep up those peaks. I’ll still take Parks and Recreation against the field any day.

“The Cones of Dunshire” - B

-Oh yeah, there was a cold open gimmick with the Colts, that was fun. Though I didn’t really like the Play60 plug in there.

-CRAIG IS BACK!! Billy Eichner is a nice shot of energy for the office.

TDAZZLE is an acquatic based social media oral experience

-I heard that Dave Eggers wrote a short story about a tape cassette he found under that tree over there.” And “Oh my god, I heard Neko Case and Ben Gibbard made out here once.” Great April hipster pitches.

-Last, Rashida Jones wasn’t in either of these episodes and I can safely say her absence was not felt at all. Too bad about Andy being gone though.