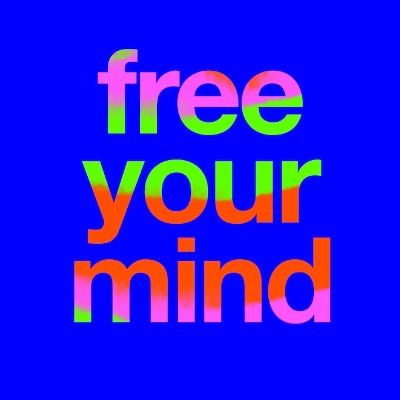 Despite listening to more and more of it in recent years, I’ll admit that I’m no aficionado of all electronic music. I can’t get into extended sessions of trance music, I generally require lyrics to go with the dance beats, and I tend to be very picky with what I see as a huge genre. But I do know what I like, and damn I love me some Cut Copy. I was sold from the moment I heard the chorus of “Take Me Over” on 2011’s Zonoscope, and loved that the band not only did the 80s new wave sound, but did it really well. I quickly downloaded their 2004 debut LP Bright Like Neon Love, which likewise had the 80s sound albeit with more tinges of rock and a lo-fi naïveté to it, and their dynamic 2008 album In Ghost Colours. Despite the differences of these releases, they all established that Cut Copy is great at making 80s-reminiscient dance tracks that flow right into each other.

Four albums in, Free Your Mind definitely solidifies this trend. 80s stylings? Check, with a side of 90s thrown in for good measure. Dance beats? Oh hell yes, check. Tracks flowing into each other? Check.

So what’s different? Well, this time around, Cut Copy want you to “Feel The Love.” Yes, I know that’s a track off their second album, but this time around they seem to really mean it. If you couldn’t tell from the title of “Free Your Mind” and it’s…interesting…album artwork, there’s a whole hippy psychedelic vibe to the album. Case in point, on the title track there are bongos abound and instructions to “shine brighter, shine on” and “you gotta reach the sky if you want to life to shine.” It may sound like that obnoxious band The Polyphonic Spree at first, but you have to realize that Cut Copy are adding heavy bass beats and 90s-sounding keyboard melodies on top of the tawdry lyrics.

But vibes and lyrics aren’t what won Cut Copy their fans – it’s all about the layered beats building into explosive choruses intertwined with singer Dan Whitford’s vocals. Luckily, there is no shortage of this on Free Your Mind. I have to say my favorite track almost immediately became “We Are Explorers,” which is guided by a ridiculously catchy melody of only six notes and a very hi-hat heavy chorus. And while this song has the 80s chic you’d expect from Cut Copy, songs like “Footsteps” and “Meet Me In The House of Love” have a much more 90s dance music sound and are reminiscent of Ace of Base or Real McCoy. Yes, I just namedropped those bands. By keeping their usual influences but adding something slightly new, Cut Copy keeps seems to build upon their basic traits, something also seen in the use of interludes on the album. While In Ghost Colours used interludes to build up to longer songs and were all instrumental, Free Your Mind contains cryptic vocal samples in its interludes that seem to add to the trippy theme of the album. For example, the New Order-esque synthesizers of “In Memory Capsule” fade into “Above The City,” which features a woman saying “I was above the city, as opposed to walking within.” I’m sure you were ma’am.

So there you have it. The album has great retro-dance beats (are the 90s retro now?) and flows together exceptionally well, as all Cut Copy albums have previously. While this will be good enough for most listeners that just want to get their dance on or listen to something to rev them up, Free Your Mind starts to crack a little upon closer inspection. To start, yes, the lyrics are dumb. I know that Cut Copy are not known to exactly be profound in this department, as is usual with dance music, but this album seems like there was some sort of label requirement to use the words “shine” “bright” and “higher” as much as possible. Additionally, the album’s name is repeated ad nauseam, including in the penultimate “Walking In The Sky” that has the cringeworthy lines “you gotta live your life today/tomorrow is a world away” and “you gotta go and free your mind/cause life is of your own design” repeated over mellow synthesizer and bongos. But even on the more danceable tracks where you don’t even care about the lyrics, the album can suffer from monotony. One of the things I liked about Zonoscope was that every track had some feature that made it distinguishable from others, even if it was just a few notes. This is not necessarily the case on Free Your Mind, where I still have trouble telling songs apart after a dozen listens. It also doesn’t help that there’s a song called “Let Me Show You Love” and a track called “Meet Me In The House of Love.”

While I may sound a bit harsh for a dance album, Free Your Mind is still better-written and composed than most dance music you’ll hear at your local bar or club, and at least doesn’t rely on something like constant high-pitch synthesizer build ups and bass drops. Instead, the album is actually quite cohesive, and as much as people may roll their eyes, the psychedelic theme at least works and isn’t half-assed. You may even end up singing along with Dan Whitford, no matter how ridiculous you find the lyrics. While this album may not be Cut Copy’s best, I’ll be damned if it isn’t fun.