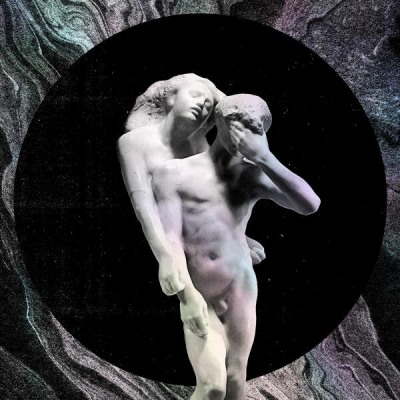 Montreal indie rock band Arcade Fire could not have asked for a more successful career to date. Their 2004 debut album Funeral was unanimously praised by critics for its emotive lyrics, striking vocals, and beautiful melodies that utilized piano, strings, and accordion. While their debut was more a critical than commercial success, their 2007 follow-up , Neon Bible would be both and pushed the band into the fore of the indie scene. This album expanded upon the orchestral-influenced sound of their debut (going as far as to throw in a pipe organ on a couple tracks), and its lyrics turned more to espousing the band’s worldview. With the bar set ridiculously high after their first two albums, no one would have faulted Arcade Fire for toning things town in their third release. Instead, we got The Suburbs, a 16-track concept album that won unanimous praise and won the Grammy Award for 2011 Album of the Year. It really seemed like Arcade Fire could have tooted on kazoos for 40 minutes at this point and would still make it into a magnificent album.

Thus, when it was revealed that Arcade Fire would soon release their fourth album Reflektor, the music world collectively went apeshit. It was announced by way of a single Twitter reply to a fan, and they used a guerrilla marketing campaign not too different from Kanye West’s for Yeezus to promote the album. On September 9, they released the video for the title track, which ran over 7-minutes long and featured something unusual for the band – dance beats. Gone were the violins, harpsichords, hurdy gurdies and what have you to be replaced by synthesizer and subtle jazzy horns. I knew some fans would dislike this musical overhaul, but being that my favorite genre is secretly dance-rock, I absolutely loved it and could only hope for an album full of tracks like it.

The promotional campaign intensified during the fall, with Arcade Fire appearing in a half-hour video that featured cameos of celebrities ranging from Michael Cera to Bono. Despite this goofiness of this step, they released the somber song “Afterlife” a few weeks later, which likewise featured dance beats albeit with an amazing New Order-esque pulse. I learned that James Murphy (LCD Soundsystem) co-produced the album around this time, and could not have been more pumped. The hype got to fever pitch, and I was ready to give it a 10/10 album of the year A+++ already.

Then I listened to the entire album. Was it the dance-rock album I was hoping for? No. Was it dance-y? Kind of. Was it orchestral like past albums? No. Was it different? Definitely.

I’ll start these differences by naming the elephant in the room – the album’s 75 minute length. This is the longest album the band has done, and they split it into two CDs, both with their own “feel.” Disc one can be summed up as more energetic and rock-oriented, whereas the second is more mellow and electronic. Knowing this makes the peculiar “Here Comes the Night Time II” more listenable, as it is meant as the intro to the second disc. Thus, most songs tend to be on the longer side, something that I don’t inherently mind in music so long as the band keeps the songs interesting (see: LCD Soundsystem). In some places, such as the title track’s sheer variety and the explosive outro of “Here Comes the Night Time” this definitely works. Other times they seem to drag on with no direction, such as the simple synthesizer of “Porno” and the Billy Jean-inspired bassline of “We Exist.” Then there’s the totally unnecessary ambient bonus noise at the end of the album, which is the first time I consistently skipped something on an Arcade Fire album.

Length aside, the other defining aspect of Reflektor seems to be its eclectic nature. Sure, The Suburbs was anthemic, but you couldn’t sum up its tracks as “the British-sounding one” (‘You Already Know’) or “the song that sounds a lot like Spoon” (‘Normal Person’). While everyone seems be describing the album as “dance-y,” only the two prerelease tracks “Reflektor” and “Afterlife” strongly fit this bill (much to my dismay). “Porno” and “It’s Never Over (Oh Orpheus)” are livelier electronic fare, but the former comes off as monotonous synthpop while the latter (though a solid song) is more industrial than dance. Likewise, there are also two mellower electronic songs, “Awful Sound (Oh Eurydice)” and “Supersymmetry” on this album. And while the lush, sad synthesizer part “Awful Sound” grew on me after a few listens, I can’t help but feel it would have been better off as the closing track, not caring whether or not the dull “Supersymmetry” made the cut.

Reflektor is not all electronic though, as its first disc contains songs like the calypso-inspired “Here Comes the Night Time” that includes a steel drum ditty at the chorus before its aforementioned chaotic outro of guitars and jazz horns. In a similar vein, you also have the shorter reggae-inspired “Flashbulb Eyes,” which in contrast comes off as filler for this part of the album. There’s also a three-track stretch of fairly straightforward rock songs that starts with “Normal Person” and ends with the garage/blues rock-tinged “Joan of Arc.” These songs may not be Arcade Fire’s best rock-out songs (like “Neighborhood #3 (Power Out) or “Month of May”), but they are still at least enjoyable to listen to.

Not everything on the album is so different as to render the band unrecognizable. For starters, aside from the Caribbean music influences, Reflektor is also inspired by an essay about self-reflection by Soren Kierkegaard and the Greek myth of Orpheus and Eurydice. That in itself is a very Arcade Fire statement. Singer Régine Chassange still has some share of vocal duties, particularly in French, although she is relegated to backup vocals with the occasional solo verse. Therefore, her husband Win Butler takes center stage here, and for better or for worse he does not sound as doom and gloom as previous albums. I’ll admit that Arcade Fire’s lyrics can sometimes sound a little inane on paper, and people may rightly roll their eyes when they hear “what if the camera really do take your soul?” or “is anything as strange as a normal person?” An album that lets out lines like these seriously and seems critical of the modern isolation we live in due to technology may come across as preachy to some, yet there are moments where Butler’s voice really saves the day. In my opinion, Butler’s tone makes or breaks the lyrics, and his intensity on the second half of “Black Wave/Bad Vibrations” off Neon Bible and the end of “Suburban War” off The Suburbs are some of my top Arcade Fire moments. On Reflektor he totally nails this on “Afterlife” from the moment he utters “Afterlife – oh my God, what an awful word” to the end when he and Regine shout “when love is gone, where does it go?” If you have to hear one song off the album, make it this one.

Yes, this is a different album for Arcade Fire. It wasn’t the dance-laden album I was hoping for, and I’ll admit the first few listens I was incredibly conflicted about it after what I had built it up to be. However, I have to say I really grew to like most of it a few listens later, and despite my criticisms, am definitely satisfied with it. Sure it is unnecessarily long in parts and there are a few songs that you can miss out on, but then there are other tracks and aspects that are indispensible and really do make up for any overwhelming discontent. I’ve seen a lot of reviews talking theoretically about what moment this is for Arcade Fire, be it their “Kid A” moment or their “Achtung Baby” moment. However, it may be best to let Reflektor speak for itself and to sit back and enjoy its sounds, old and new, rather than get bogged down in debates over its influences, depth, and potential impact.