6
Oct
2013
Riding The Wave
Paris Belongs To Us
Jordan 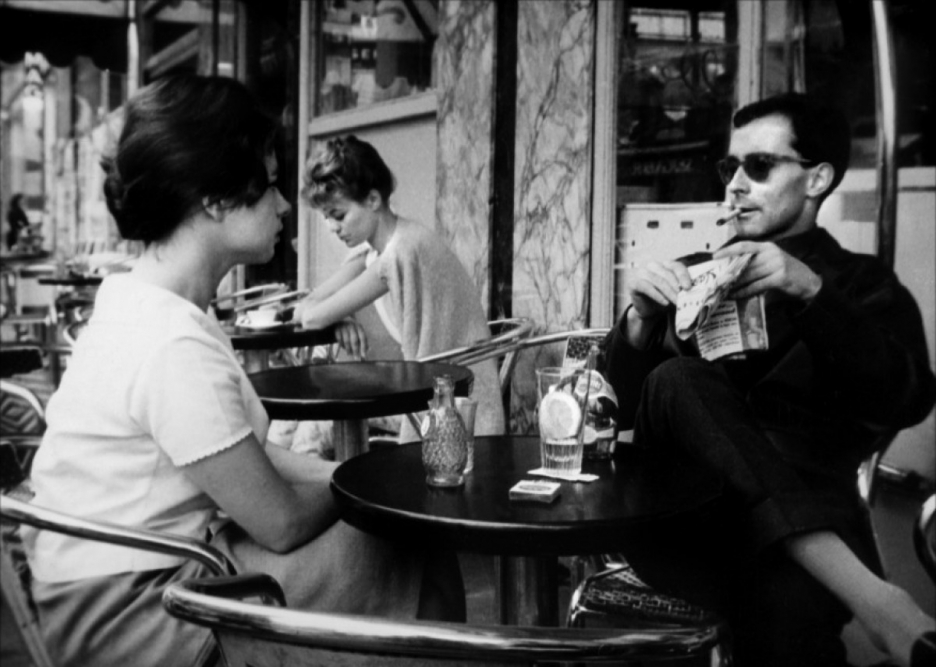 In one sense, Paris Belongs to Us is the first film of the French New Wave. Jacques Rivette left the Cahiers du Cinema to shoot the film in 1957, making him the first of the magazine’s writers to leave to pursue a career as a director. He was an inspiration to both Truffaut and Godard, who followed suit soon after and kicked off the movement in earnest. Yet the elongated production of the film meant that it was actually released after The 400 Blows and Breathless, once the New Wave was kicking into high gear. This is perhaps for the best, as Rivette’s film is less immediately dynamic than either of the aforementioned movies. Where Truffaut and Godard were open in their intentions to remake the medium, Rivette was more focused on his own aesthetic predilections than on a quest for cinematic glory. Paris Belongs To Us thrives on its own solitariness, willing to be obscure in order to create the mood it is after.

The film features many of the hallmarks of the New Wave, from its low budget to its location shooting in the streets of Paris, from its unconventional narrative to its focus on the moral, cultural, and social issues of the moment. The other films we have discussed so far in this space were revolutionary in the ways they challenged and changed cinema, but Paris Belongs To Us is more revolutionary in its prescience. Over a decade before the genre truly became in vogue, this is a conspiracy thriller of the first order, shot through with cynicism so thick you can taste it, filed to the brim with disaffection and paranoia. Through all this darkness, though, there is a light. Rivette suffuses his tale of an increasingly complex conspiracy with a sly commentary on the performative nature of French society. His main characters are actors, yes, but they do most of their performing off the stage, attending an endless series of dour parties where they play at being sophisticated, knowledgeable versions of themselves.

The film is, at its core, contending with the conflict between faith and skepticism. The American characters, Phillip (Daniel Crohem), a writer in exile from his McCarthy plagued homeland, and Terry (Francoise Prevost), a femme fatale of the classic style, seem desperate in their conviction. But more importantly, they seem to be raging against a system that is quietly reverting to conservative social and economic policies in the wake of decades of progressivism. They are seeing the old order taking hold around them and feel powerless to fight against the powers that be. Anne (Betty Schneider), our main character and surrogate, is a student who drifts away from her studies. She wants to believe if only because the idea of dark forces controlling everything about her life helps her to fight off a sense of ennui that plagues her and most of the French characters throughout the film. The film only imposes a true sense of narrative if we, too, put our faith in the conspiracy, and so we find ourselves emotionally aligned with Anne. We want there to be a shadowy cabal just off-screen, because that will make everything we’re seeing more exciting, more immediate than the day-to-day lives we have left behind to venture into the movies. Anne wants to believe because it seems a lot more interesting than the literature exam she chooses to skip.

The film also contends with the city and the way the characters perceive it. The film has a distinct realism that is hard to deny—it is shot on location, and we are constantly aware that we see is real in fact. We are in the park we appear to be in, in front of the building it looks like we’re near. Yet, as Anne drifts further and further into the labyrinthine machinations of those around her, the city feels increasingly abstract. Paris Belongs To Us is a fascinating film about the modern metropolis, and the disorienting experience of trying to be authentic in an imposed space. Its realism becomes just another element of its artificiality, as the score and sound effects are laid over what we see, exposing them as the constructs that they are.

Into all of this is thrown the constant attempts of the troupe of actors Anne joins to stage Shakespeare’s supposedly “unstageable” Pericles. The production is independent, the actors unpaid and the rehearsals held in various spaces throughout the city. For a long portion of the film, there is no premiere date, and for a time it seems the play will be permanently in production. Rivette must have felt this way about his film (which took three years to make), and his sympathy for the director (Giani Esposito) is palpable. Because of the challenges of the production process for the actors, Shakespeare’s adage becomes truth: for them, all the world is in fact a stage, or at least, all of Paris. And when the play does finally find its theater, things implode, as the producers demand artistic sacrifice from the director again and again until he gives in.

Paris Belongs To Us is a quietly destabilizing journey into the heart of a city, of a movement, and of a particular moment. Its paranoia is specific, but easy to generalize; its sense of alienation and loneliness is tangible. There’s an alternate reality where this was, in fact, the first film of the French New Wave, and what resulted was a movement distinct in wholly different ways. The film’s innovations are emotional, its creativity cultural. It is a wholly personal vision from Rivette that becomes a self-reflexive examination of the new career he had chosen and the city he made his home. When he made the film, the prospects of his career and the movement his film was swept up into were dubious, and Rivette envisioned a dark future where he and his compatriots would be forced under the thumb of a studio. Eventually, the studio did regain its hold over world cinema. The old order did impose itself once again. But for a time, there was freedom. Rivette found his perfect venue. He staged his Pericles. It is a large, unwieldy work, rough around the edges and suffused with bone-deep cynicism. But its beautiful nevertheless, a bold, bracing cinematic statement that the world was going to change. The vagabonds that populate the film convince themselves the city is theirs. For Rivette and his colleagues, it was. The sarcasm of the film’s title became, for a time, the truth. Paris belonged to the French New Wave, and they planned to reshape it in their image.

Coming Up on Riding The Wave: