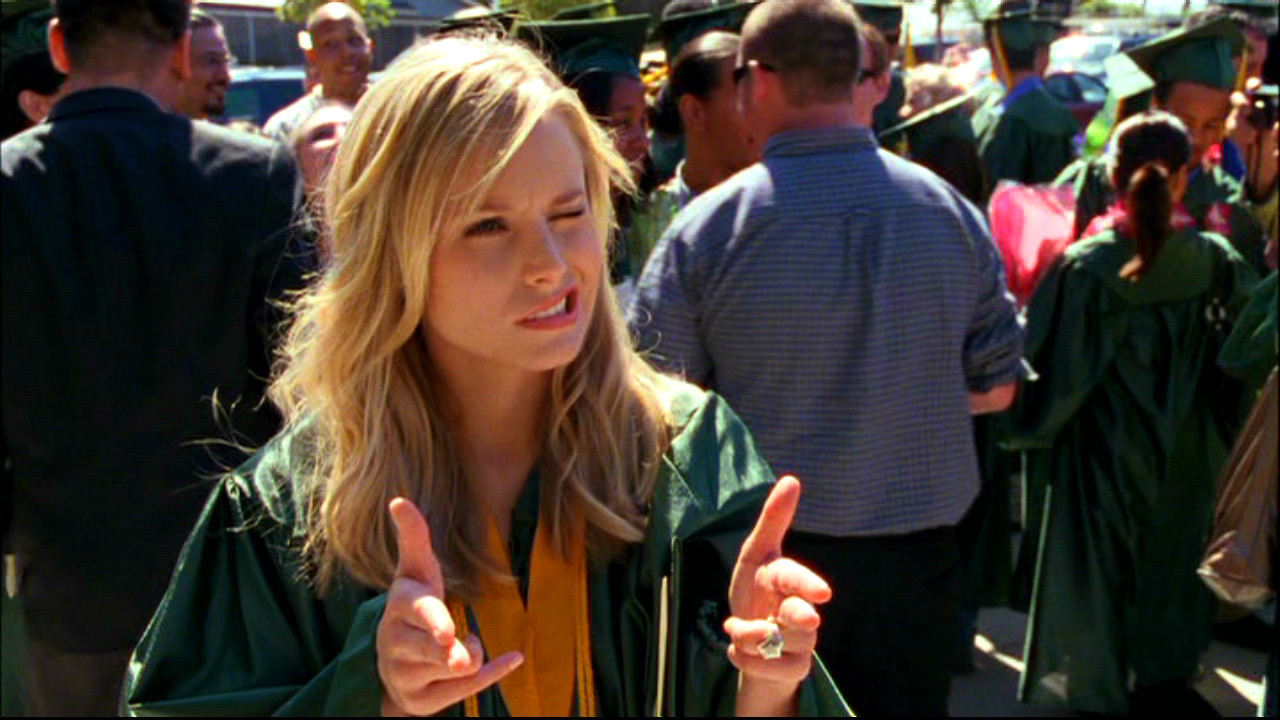 We all know that some great shows go on a bit too long. Some others go on waaaaaay too long. Let's pretend we've got the power to snip the life support of a show at any point in its run. Where would you end it? Would Studio 60 just stop after the great pilot? Change TV history!

The show I’d end is still on the air and actually still quite good. It’s probably a surprising choice for people who know my proclivities for the show. I wish I could have ended Parks and Recreation at the end of season 4 with “Win, Lose or Draw,” where Leslie wins the city council seat. Don’t get me wrong, I still think its one of the best shows on television and it is still laugh out loud funny. I do think that season 5 was a bit of a step down and the finale and election leading up to Leslie’s victory felt like a perfect swan song, amounting into the accomplishment of Leslie’s greatest dream. If the show had been taken off the air following that episode I would have definitely been upset, but I think that some of the best shows end with me being upset -- wanting more. It’s when we don’t want more is when the love fades from a show. The early buzz on the next season of Parks has been very very good and hopefully it will still deliver at such a high level. What I don’t want to see is the show to decline. Hopefully season 6 will be a return to the elite level I know Parks can reach.

There are two answers to this question that are so obvious, they aren’t even worth spending time on: I wish both How I Met Your Mother and Dexter had been given a mandate at the close of their stellar fourth seasons that the next would be their final. If those two had been five season shows, wrapping up their arcs in their final stretches, both would be television worth remembering ten years down the road, instead of nightmares I wish I could wake up from. But like I said, those are boring answers, so I’m going to go with something kind of crazy that I only half agree with even as I type this. I’m going to end Twin Peaks after its abbreviated first season.

The initial seven episodes of the show (and the pilot) are nearly perfect in their mixture of small town noir, soap opera parody, and surrealism. They make the titular town a dream and a nightmare at once, a hilarious and horrifying place to spend time with seemingly endless mysteries to reveal. They were hugely important in the move towards increasingly serialized television and are to this day possibly the weirdest thing to ever air on a network. The show’s second season is a sort of beautiful mess, in which network notes derailed the plans of creators David Lynch and Mark Frost (neither of whom planned to reveal Laura Palmer’s killer until the series finale, if ever) and sent the show spiralling out of control. I love the second season of Twin Peaks. It is rarely, though occasionally, as good as the first season, but I find watching the show lose its footing, tumble into terribleness, and then slowly recover until it actually found a way to go on after its reason to exist was torn away endlessly fascinating. Yeah, there is a bad stretch there in the middle (everything involving James leaving Twin Peaks is fucking terrible), but eventually, this show figured out what it wanted to be again, and I honestly think that a theoretical third season might have been as good as the first. But to keep myself from fighting this battle until the end of time, I would make Twin Peaks into a beautiful, brutal, brittle one season wonder that exposed the potential of the medium and then receded into the darkness of the woods. That gum you like is going to come back in style, even if you aren’t there to see it.

This one might be a little unpopular, and I know that if I had to go back to the end of the 2004-5 TV season and have to watch Veronica Mars get cancelled after its amazing freshman run, I would’ve been one seriously pissed off TV viewer. There would be things that I am attached to now--like Ryan Hansen’s stellar turn as Dick Casablancas, making me love a rapey frat boy, or more Ken Marino on my TV screen--that I would say that I would miss, and the second season is just as quippy and smart as the first, even if the season arc is vastly inferior, but I would’ve been spared the ridiculous plots of Season 3, and that ending. Oh that ending, with Veronica walking away after voting for Keith in what we know must be a losing election? I have stressed out about that ending for years! Here’s the deal: I know that if it had been cancelled after Season 1, I wouldn’t be getting this movie that no one can shut up about, but I might’ve saved myself $50 on a Kickstarter project that can’t possibly live up to my expectations. There. I said it.

And then I’ll just put these obvious ones out there: The Office (American-style) should’ve ended when Michael Scott moved away (no matter how great that finale was) and Community should’ve ended with Dan Harmon’s firing. I know I haven’t even seen what he’s bringing down the pipe for this short fifth season yet, and it could just blow my mind, but with no Pierce and even less Troy, I’m doubtful at best, and Harmon’s reaction to the fourth season outside of his tenure was bratty and made me grumpy (even though I mostly agree with him…how does that work?). Two and a Half Men: ends after the Pilot. The wonderful John Cryer and Melanie Lynskey get released to go do good work, and I never have to think about Charlie Sheen ever again.