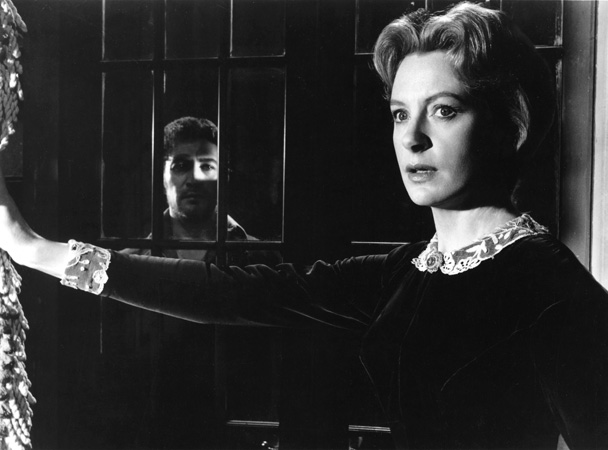 Though he was not the first to put forth a definition of the “uncanny,” Sigmund Freud’s 1916 essay on the concept is one of the most clear and most elaborate. Drawing in the works of E. T. A Hoffmann, Freud espoused a theory of what he describes as “the idea of being robbed of one’s eyes”—that moment wherein you are unsure of what you just saw, and you find yourself questioning the experience. The uncanny can manifest in many ways, but always from the appearance of an object of taboo, and Freud argues that it results in a double feeling of pious reverence and horror or disgust. The uncanny, as a visible expression of a repressed taboo, is threatening in its reminder of our own repressed impulses, and as a result we blame it for whatever ills are befalling us.

One of the most perfect literary expressions of what Freud’s theories sought to explain is Henry James’ remarkable 1898 novella The Turn of the Screw. James, no stranger to using language to explore the ways that the mind tries to make sense of the world around itself (see also Daisy Miller: A Study), clearly struck a nerve with his chilling story of a young governess sent to take care of two orphaned children at a remote country estate; there have been no fewer than 24 performative adaptations of the novella—not to mention a large number of allusions in literature and popular culture—ranging from the abysmal (hi there, little-known prequel The Nightcomers starring Marlon Brando!) to the fantastic The Innocents. Though more contemporary adaptations have attempted to capture that uncanny feeling of the novella, that inability to truly and definitively state that the events are either real experiences or the result of psychological instability, none since The Innocents have captured that disorienting effect that James’ words were so adept at creating.

Working from a screenplay by William Archibald (who wrote the stage adaptation of Turn on which the film is largely based) and Truman Capote, director Jack Clayton, (himself no stranger to filmic explorations of the uncanny having directed the Oscar winning short “The Bespoke Overcoat”, based on Nikolai Gogol’s story, in 1956) harnesses a small but incredibly talented cast, along with the double feeling of isolation and expansive spaces of a secluded country estate, to make The Innocents one of the most enduringly chilling ghost stories in movie history.

The story follows the young, naïve, and imaginative Miss Giddens as she is hired to take care of precocious Miles (Martin Stephens) and Flora (Pamela Franklin) by their bachelor uncle (Michael Redgrave). Under clear orders that she is entirely in charge of the children—she is bluntly instructed that she should, under no circumstances, ever contact the uncle about his wards—Miss Giddens travels to the sublimely gorgeous, but entirely isolated Bly to begin her position. While being shown around by the housekeeper, Mrs. Grose (Megs Jenkins), Miss Giddens probes for information about her predecessor, a young woman named Miss Jessel who committed suicide while at her post. Mrs. Grose, with a strict warning not to discuss these matters with the children, tells of Miss Jessel’s tumultuous relationship with the brutish groundskeeper Peter Quint, whose death prompted Miss Jessel’s “departure.”

With this dramatic background in mind, Miss Giddens trips along trying out her new power and desperate to be loved by the children—and often confusing “what is best” for them with “what they might love.” Her desperation often allows the children to walk all over her, and she finds herself at times overwhelmed by their precociousness. As their strange relationship develops, Miss Giddens notices some strange occurrences: Flora seems to know that Miles is returning home from school before they have been officially notified; Miss Giddens thinks she sees a handsome man staring down from the ramparts of the estate (when she goes searching for answers, she finds Miles tending to his pigeons); and while playing hide and seek with the children she glimpses the sweep of skirts around a darkened corner. As the strange and chilling occurrences begin to add up, she decides that the home is haunted by the ghosts of Peter Quint and Miss Jessel, and that the children’s erratic behavior can be attributed to their interaction with the supernatural visitors—and she becomes ever more fraught with trying to keep them safe.

What brings about this feeling of the uncanny in this film is the fact that each of the fantastic events also has a potential rational explanation—and the film (like its source material) is deeply invested in exploring both without ever letting the viewer have a final decision. Is the House of Bly haunted, with the creepy Miles and Flora (seriously, why are well mannered British children so creepy?) in collusion with the ghosts, or is Miss Giddens (and her very active imagination) misreading very easily explained moments? This sense of unease is so gorgeously rendered, not only in Kerr’s dynamite performance—her Miss Giddens is so filled with conviction, it is difficult not to fall under her spell—but in the stunning imagery of the massive home with its dark and twisting hallways and expansive grounds. Clayton makes great use of the black and white photography for creating moments of unease, where even the viewer is unsure of what she has seen, and those more static images—including the scenes at the boathouse, some of my most favorite, and arguably the most haunting—can leave you questioning any hints of uncertainty. There are no jump scares, no gore, no blood, and only the hint of physical violence, but this psychological horror can sneak up on you, and leave you questioning your allegiances throughout.