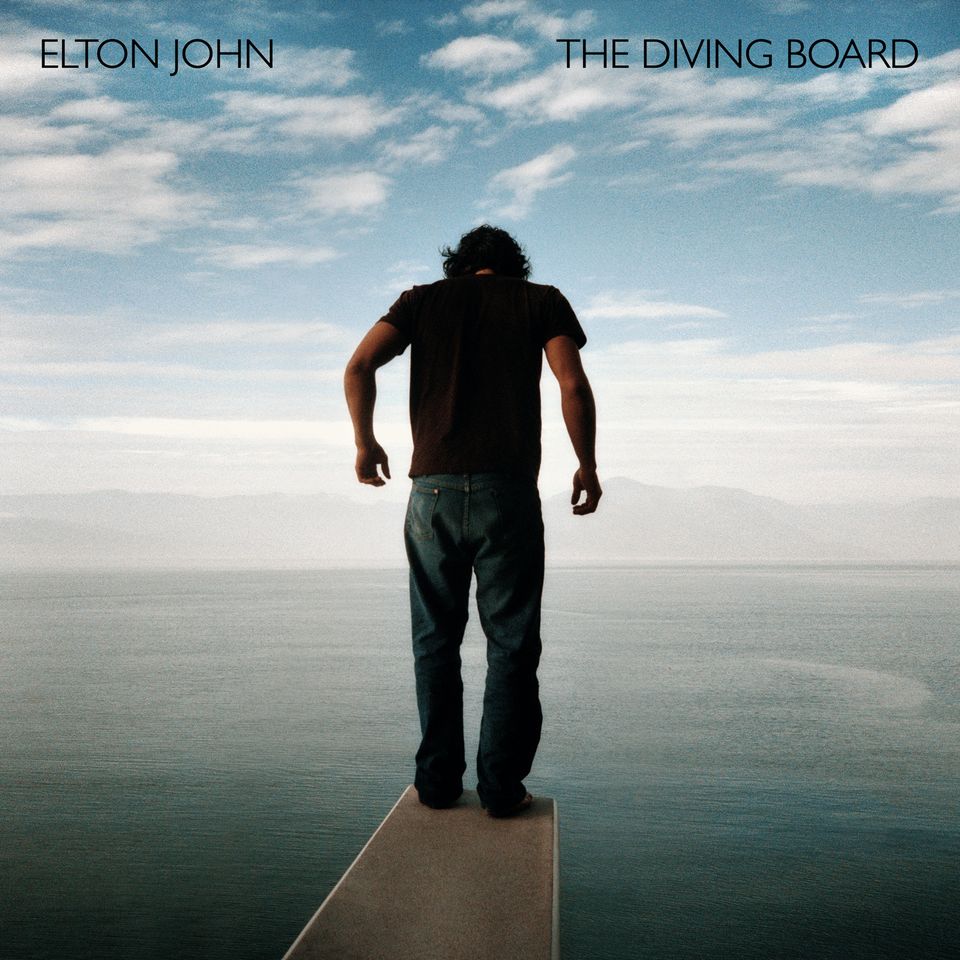 To call The Diving Board a back-to-basics album for Elton John would be both true and completely misleading. In that the album is centered around John and his piano, with lyrics provided by Bernie Taupin, this is vintage Elton John. Yet in a more honest sense, the album goes back even further, to the earliest days of Elton’s career. Stripped of a lot of the glitz and glam of his heyday, The Diving Board is a more straight forward piano album than John has recorded in decades. More than at anytime since his very first releases, this is an album about the sound of Elton’s voice mixing with the sound of his piano, and finding ways to examine aging, endings, and melancholy with Elton’s characteristic mixture of whimsy and bittersweet nostalgia.

The album does return to sounds Elton has played with before, of course. Rare is the thirtieth studio album that doesn’t comment on the career that’s come before, either by playing with the artist’s own tropes or by running away from past formulas (in fact, rare is the thirtieth studio album period). On “Oscar Wilde Gets Out,” Elton gets to play up his late-night-in-a-dive-bar rocker style to wondrous effect. The song is seemingly John in conversation with his Madman Across The Water era work, and after all these years, he still has things to say. The return to previous predilections is not always effective, though, as his Tumbleweed Connection throwback “A Town Called Jubilee” largely falls flat. John has shown incredible facility coopting Southern iconography in the past, but “Jubilee” feels tossed off, both melodically and lyrically. There are horseshoes, saloons, and poker games here, but they feel more like the kind to be found in a bad old western than in the old west.

“My Quicksand” is an exquisite ballad about losing yourself to culture, being swept up in something to the point that your identity disappears. “Let me introduce you to my final stand,” Elton sings in the chorus, and it seems in that moment an argument that this is what Reginald Dwight looks like when the mask slips, that behind all of the sequins and sunglasses, this has always been who Elton John really is; it’s a moment so achingly personal, it takes me completely by surprising on every listen. That an artist I thought I knew so well is still revealing new depths is always a pleasure to behold, especially when they sound as sweet as these. He follows the song up with “Can’t Stay Alone Tonight,” a break up ode that recalls “I Guess That’s Why They Call It The Blues,” but develops its own sense of self and runs with it. If The Diving Board has a classic Elton John song, it may be “Can’t Stay Alone Tonight,” which mixes John’s inherent chemistry and charm with some of Taupin’s best lyrics on the album.

“Mexican Vacation (Kids in the Candlelight)” has a New Orleans gospel feel that lets Elton strut his attitude and belt in jubilation. It’s a funky, celebratory ditty that reminds any doubters Elton John can still rock. The title track, which closes the album, feels at moments more like Randy Newman than Elton John, but possesses so much of Elton’s soul it becomes impossible not to be swept up in its quiet recollections.

The Diving Board is the best overall album John has released in decades. It feels for the first time in a long time like the work of an artist with things to say rather than that of a working musician with a desire to stay in the conversation. It isn’t a perfect album by any stretch; it is probably overstuffed at an hour long, and evidence of its long recording process (Elton and producer T-Bone Burnett, unhappy with many tracks on the initial album, spent over a year re-recording and adding new tracks) remains. But this feels like the Elton John of old, back in the saddle, tickling the ivories out of a sense of play more than obligation for the first time in a long time. This is the album The Captain and The Kid should have been, a nostalgic celebration of one of the greatest songwriting teams in musical history that sounds at every moment like each of them is happy to be together, making music once more.