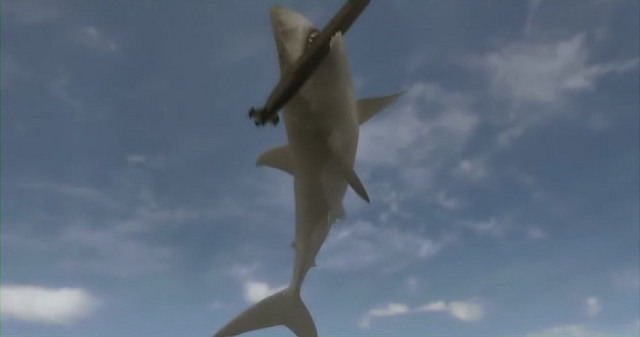 Much like the cafeteria lunch tables in teen movies, certain genres have pretty rigid reputations. Is there a particular genre (in any type of media, or even a particular medium itself) that you feel has been unfairly maligned or ridiculously overrated? Why?

Pop music is tragically underrated. Duh. When people find out that I love One Direction and Top 40 in general, they give me a little wink and a nudge and declare that we all have our guilty pleasures. Well yeah, we do. But all of pop music is not a guilty pleasure, it is just a thing that I like. And like everything else, some of it is great, some of it is horrible and most of it is just fine. I know I'm not alone in my love and respect of pop music. I have an entire army of tweenage girls in my corner who could literally blind you with their glitter eyeliner. Pop music fans like it because you can dance to it and sing to it and relate to it and people who deny the power of pop are missing out.

I think one of the reasons that Lady Gaga's "Applause" has kind of underwhelmed is because Gaga insists that she is different than her fellow pop stars. While she does have a possibly superior set of pipes, declaring that "now art's in pop culture in me" is ridiculous. Art has been in pop culture and pop music pretty much forever. Disregarding the value of an entire genre of music is still condemning an art form, even if it is one that has a teeny-bopper dominated audience. THINK OF THE CHILDREN!

Whither the steam punks of old? A genre of fiction that has the approval ratings of LARP-ers and tentacle porn, it counts among its intellectual forebears H.G. Wells, Jules Verne, Metropolis, Brazil, Michael Moorcock, H.P. Lovecraft, and the (pretty good) television series Wild, Wild West. This small subsection of speculative fiction manages to attract an outsized level of hate, more so than Star Wars fans worshipping an ever-tarnished commercial product or the people who think Tolkien should have won a Nobel Prize for aping the KJV. As far as I can tell, Steampunk’s rapid decline into a simple and easy joke is based purely on cosplayers, who seemingly don’t know what gears do and what goggles are for, so use both liberally. But have you been to these conventions? Every fandom has those weirdos! Meanwhile, those gearheads have produced some outstanding works in imaginative world-building. Now if you excuse me, I have a broken clock, a top hat, some Gorilla Glue and an afternoon project to get back to.

Somewhere along the way, terms like “postmodernism” and “metafiction” became bad words, the sort of things that are likely to be applied as criticism before they are used as praise (this also happened to the word “liberal,” but that’s for a different question entirely). Examples include (but are far from limited to) the work of Thomas Pynchon in literature (his newest novel, Bleeding Edge is out this week and it’s taking everything in my power not to read it until my semester ends), of Charlie Kaufman in film, and of Dan Harmon in television (the latter is also, I think, an argument worth saving for another day). I’m not here to argue that postmodern touches can’t be overused, nor that they belong in every work, but when well thought through, they do more than supplement a story by commenting on the tropes of the genre: they teach us why these things have become tropes and what the tropes, the genres, and our efforts at fiction period tell us about ourselves and our lives. Great postmodernism is great art, but it also exhibits an in-depth understanding of the importance of great art. It takes a smart, limber mind to do it well, but it has been done well often enough that it should cease to be lazy critic shorthand for “I didn’t get it,” or “It didn’t work for reasons I don’t understand.”

As for ridiculously overrated, I don’t think any genre can be overrated. Some have a larger hit-to-miss ratio than others, but done well, any genre can provide us something worthwhile. I’m on record here as not being the biggest fan of horror films or country music, for example, but I have found things within both genres that have knocked my socks off, and I am sure plenty more like them exist. I’d hate to yell “Overrated!” at something only to find myself spellbound by an example of it moments later and, well, I’m far too often spellbound to be pointing fingers.

By the way, how postmodern were those parentheticals in that first paragraph? META!

People often dismiss these as exercises in ridiculousness, but that’s probably why I love them. I count making up science as a personal hobby, and these movies do just that, with shitty special effects, implausible plots, and just awful acting. And I love it. It’s like a modern exercise in camp, a perfect mental break, and a fantastic exploration of what could be.