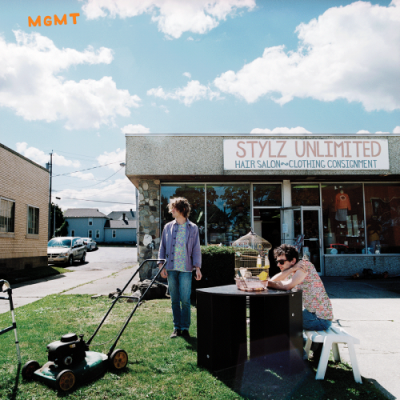 Even if you didn’t want to, you’ve probably heard MGMT at some point in the last 5 years. Their songs “Time to Pretend,” “Kids,” and “Electric Feel” were everywhere - on the radio, in bars, and on the dance floor. All three came from their 2008 album Oracular Spectacular, which was hailed as one of the best albums of that year and even contained catchy (albeit less danceable) non-single tracks that were more psychedelic. And this was no sellout strategy, as their demo album Climbing to New Lows had much of the same synthesizer-based dance tracks. It seems like Benjamin Goldwasser and Andrew VanWyngarden, the duo behind MGMT, were just two lucky guys that had a big break many other bands would kill for.

Well, they apparently didn’t really like making this type of music because their 2010 release Congratulations was…different, to put it nicely. Gone were the dance beats and synthesizer melodies to be replaced with psychedelic songs that had a “silly” feel to them. It was as if MGMT said “well now that everyone is noticing us, let’s do what we really wanted to do.” Unfortunately, most of their fanbase didn’t want them to do this.

After a rumor that their record producer wouldn’t let them make Congratulations Part 2 was proved false…they went ahead and made Congratulations Part 2. MGMT’s self-titled album is probably the weirdest thing they’ve made to date, and the band apparently the band wanted it that way when they said most songs “could turn into a really trance-y, repetitive thing live.” To their credit, you can hear that on some songs, like the drums of “Mystery Disease,” the electronic backing on “A Good Sadness,” and the hurried rhythm of “Astro-Mancy.” However, these songs feel long enough as is, sustained only by a repeated beat while the band screws around with synthesizers the rest of the time. Instead of making layered sound collages that build, these songs plateau and tend to drone on.

Aside from their vision of songs that could potentially be drawn-out for several more minutes, MGMT contains songs like “Introspection” and “Alien Days,” which sound like they could have been on Congratulations. I actually kind of like the latter since its acoustic guitar riff and synthesizer at the chorus make it an attention-grabber, but unfortunately few other songs would qualify as such on the album. I have no idea what they were going for with “Cool Song No. 2” and closing track “An Orphan of Fortune” only really grabs me in the last 30 seconds. Additionally, as if to prove that they could write short, pop-oriented songs they threw in the obnoxiously repetitive single “Your Life is a Lie” and the 60s sounding “Plenty of Girls in the Sea.” Conversely, you also have the supremely weird “I Love You Too, Death,” which I grew to like after a few listens. What starts as an unsettling and almost unlistenable cacophony grows more cohesive as VanWyngarden’s voice and an acoustic guitar creep in, and it ends up sounding like an Animal Collective song in the end.

Maybe I’m just not the audience for this song, in that I don’t do drugs. I mean come on, the band said that the album comes with “The Optimizer” to visualize the music, and from what I’ve seen it’s just an accompanying collection of ridiculously trippy clips that you’d probably only appreciate if you were high as a kite. But like most things people say and do on drugs, this album isn’t nearly as profound as the band thinks it is, and sober (very key word here) fans will probably either tune out while listening or scratch their heads in a “what the fuck am I listening to?” manner. Sure, the album does have some redeeming qualities and isn’t a total wash, but it is more or less the nail on the coffin for fans expecting a return to Oracular Spectacular. Otherwise, the band is again saying “forget fans, we do what we want” – a respectable notion, but only if the band themselves actually knows what they’re going for.