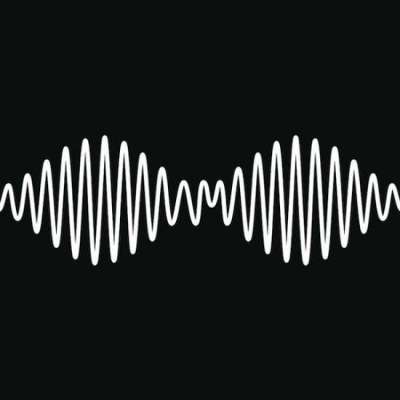 Sheffield, England quartet Arctic Monkeys are a pretty big deal. Their 2006 debut album Whatever People Say I Am, That’s What I’m Not was hyped beyond belief by magazines like NME and remains the fastest selling debut album ever in the UK. Granted, it is an excellent album that epitomizes British indie rock and there’s something alluring about vocalist Alex Turner singing awkward phrases in an ultra-thick north English accent, but holy shit guys. Rather than calling it quits after making a legendary debut, Arctic Monkeys followed things up only a year later with sophomore album Favourite Worst Nightmare, which was likewise great and another hot seller, but not as good as its predecessor. Although it largely had the same indie/garage rock style, there were a few slower songs (such as “Only Ones Who Know,” which I really grew to like) and some grittier songs (like “Brianstorm”, where drummer Matt Helders steals the show) to mix things up. In 2009 Humbug shook things up even further, abandoning most of the garage style for a more psychedelic and overall slower sound. I didn’t really get too into it (though I do really like “Secret Door”), but it did pretty well for itself despite the lack of catchy hooks like the first two albums. Then in 2011 they released Suck It And See, which was almost all slower, retro-sounding psychedelic tracks. It never really resonated with me, partially because of its nonsensical lyrics (see: “Don’t Sit Down ‘Caused I’ve Moved Your Chair”), and I really didn’t know what to expect from the band after this.

In the lead up to AM, singer Alex Turner cited Dr. Dre, Outkast, Aaliyah, Lil’ Wayne, Drake, and…Black Sabbath…as influences for the album and its various singles. This makes it sound like it will have a heavy hip-hop and R&B influence, with a touch of 80s metal thrown in for good measure. This wasn’t totally unheard of for the band, as their b-side “Temptation Greets You Like Your Naughty Friend” contained a rap interlude by Dizzee Rascal and a pretty good backing beat. However, don’t expect Turner to start laying down some rhymes, as most of this influence on AM is heard in Nick O’Malley’s bass lines and Matt Helders’s drumming. Single “Why’d You Only Call Me When You’re High?” exemplifies this sound with its rhythm, even if the guitars and singing don’t totally recall hip-hop. You can also hear the influence in the single “Do I Wanna Know?,” with its metronomic drumming joined by a heavy bass halfway through, and track “One For The Road” with its rising and falling bassline. However, while you hear the hip-hop beats here and there in a few other tracks (like the beginning of “Arabella”), you also hear a ton of R&B style falsetto on the album. It’s like Arctic Monkeys heard a Pharrell cameo once and decided that alone was R&B. Granted, Turner wasn’t lying when he named its influences and the band does a good job of subtly introducing them most of the time, but they can get a little overdone.

Regarding the influence that seemed the odd one out (Black Sabbath), this is a little more overt. While it might be a stretch to say some tracks have a metal sound, many have a strong hard rock streak. I guess I should mention now that Queens of the Stone Age frontman Josh Homme guest vocals on tracks “One For The Road” and “Knee Socks.” It’s a little hard to tell on the former since the backing vocals are sung in falsetto, which are done just as well by O’Malley and Helders on other tracks, but it’s easier to hear on the latter. And speaking of Josh Homme, the album really definitely has a Queens of the Stone Age quality to it when it rocks out. Perhaps it’s because the band relocated from England to LA, and Turner now sports a pompadour and leather jacket to look like a cockney Fonzie, but they seem to have a much more American rock sound this time around (compare it to the new Babyshambles album). “I Want It All” has steady riffs with the occasional soaring melody (that may or may not make it sound like QOTSA) while “Arabella” has heavy 80s-sounding riffs with a flamboyant albeit brief guitar solo. Meanwhile, the single “R U Mine?” really caught my attention, with Helders’s drum solos and guitarist Jamie Cook’s melodies steling the show (even if O’Malley and Turner definitely hold up their parts). I’ll admit it – I fucking love this song.

You may have noticed that while I discussed the hip-hop, R&B, and hard rock influenced tracks, there’s a bunch on the album that don’t fit these categories, and truthfully, most of them don’t fit the album too well. Right after the rockin’ “I Want It All” comes the retro-sounding and ironically-titled “No. 1 Party Anthem,” that definitely sounds like a Suck It and See outtake. “Mad Sounds” definitely fits this bill as well with its psychedelic style and “ooh la la la’s,” and both songs kind of really throw a wrench in the album halfway through. Then there are two mid-tempo rock songs, “Fireside” and “Snap Out Of It,” which aren’t bad, just overshadowed by the heavier numbers.

It might be easy to dismiss AM based upon how different it is from anything the band has done before, since it seems like they reached the point of no return with their original sound. Additionally, if you’ve only heard the singles, you might think the album only has one melody (seriously, listen to “Do I Wanna Know,” “R U Mine?” and “Why’d You Only Call Me When Your High?” in a row), but they are pivotal for establishing the album’s aesthetic and have become my favorite tracks. The other hard-rocking and hip-hop beat tracks aren’t bad either, and honestly it’s the tracks that don’t dive into these new sounds that fail to keep my attention. Overall, if you’re an Arctic Monkeys fan that was ready to give up after Suck It And See, I’d give AM a few listens to prove that the band still has a few tricks left up their sleeve.