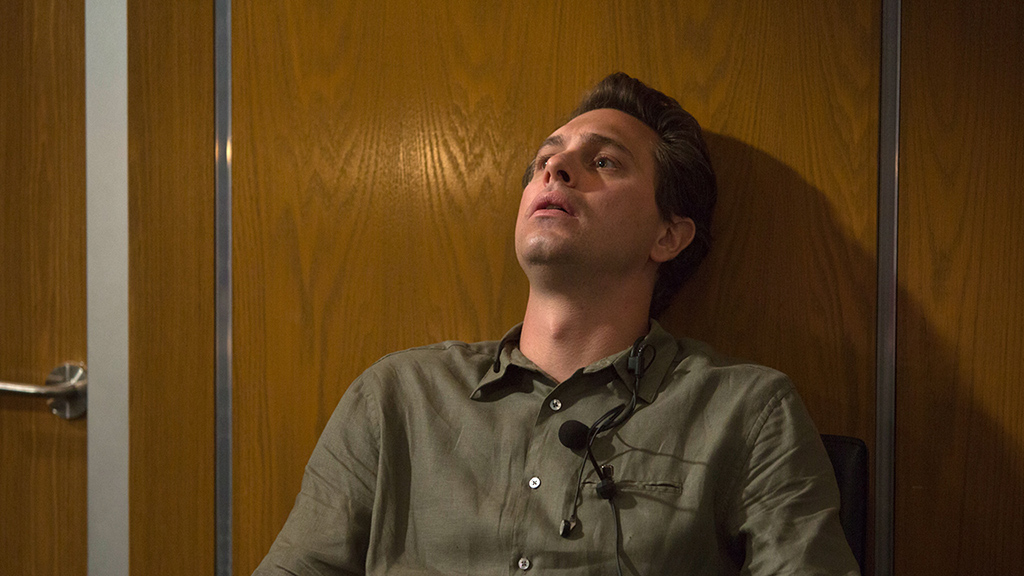 Another week of mixed feelings regarding The Newsroom. It really felt to me that the dialogue sounded strange, and the characters were acting unlike themselves, which may have something to do with first-time episode director Jason Ensler. To be fair, I always hate new things, and there were actually parts of the episode that I liked a lot.

I care as much about politics as most people my age, maybe a little more. However, I have to be honest and say that news television is neither my most trusted source of information nor my favorite form of entertainment. I follow big stories and broadcasts that get a lot of hype, I watch Stewart and Colbert dissect bloated broadcast journalism most nights, and sure, when the elections are on I pretty much leave the TV on and flip between a few stations. But I’m not a regular watcher, and I certainly don’t notice the things going on in the studio. While that’s the majority of what The Newsroom is about, I was still surprised at how hectic the office gets during the 2012 election. Everybody is manic and running around and making a thousand phone calls and writing a thousand emails, but I didn’t expect Charlie Skinner to threaten to fire anyone who makes a mistake. Then again it’s a TV show, and that had to be at least a little exaggerated.

I have to say I was a little perplexed about what made Will turn on MacKenzie so suddenly and so savagely. They’ve been civil bordering on friendly with each other for two seasons now, and suddenly he wants to see her burn? Chalk it up to the new director, maybe, but that only raises another concern: Is one eccentric director in one episode all it takes to derail a show? You’d think somebody would have said something. Writer Aaron Sorkin, who all things considered has managed to keep the show impressively consistent? The lead actors, who have been around far too long to be bowled over by a director? A production assistant between coffee runs, to point out how strange the characters are acting?

One thing that I love about this show that it always manages to pull off well is Will’s misery and self-loathing, even when it skews towards melodrama. It’s a guilty pleasure. Every character on the show has a conflict, but Will’s seems so much more personal and intimate, because he works against himself more than anyone else does. He’s so torn between being unpopular but doing his job well and being loved but being another mediocre stuffed shirt. I just wish more of the plot was devoted to exploring it. There’s Will the newscaster, Will the boss, and Will the smartass. The only time how torn he is about his job is discussed is when MacKenzie yells at him, and it’s not enough. I want Charlie to yell at him, or a family member, or even his intern. It’s a deep and personal theme, but it’s too big and important to the entire plot to keep between Will and MacKenzie.

- Sloan is enjoyable as always, but even there I’m beginning to wonder where her story is going. She’s too complex a character and has been built up too much to just be the comic relief every nine minutes.

-I get that Charlie is eccentric, and it’s one of the lovable things about him, but he seemed a little over the top tonight, like maybe he should be medicated.