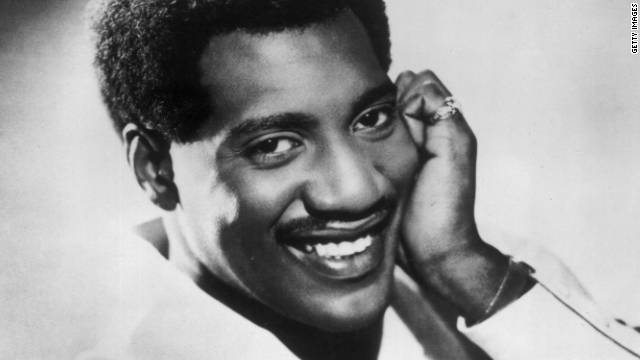 Summer is ending, and so is the summer music festival season. If you could create your dream festival, who would the top 5 headliners (currently living or dead) be? Remember—this is a festival. Just picking your top 5 bands totally doesn’t work.

I had a difficult time with this question because, in all honesty, I don’t consider myself a huge music buff. I know nothing of what is playing on the radio these days (which has, thankfully, left me ignorant of the “Blurred Lines” of which everyone is speaking) and even though I like music (I even love some of it!), I wasn’t sure where to begin putting together a whole imaginary festival. I also don’t go to festivals. They are big, and crowded, and usually sweaty, and there are lots of port-a-johns, and often vomiting; I generally try to avoid those things. BUT. I’m going to give this one a shot, but only by going back in time a bit.

If I had to pick a group of artists who I would probably kill to see live (wordplay!), I would arrange my dream festival around the stable of artists working for two record labels during the 1960s and 1970s: Motown and Stax. When I was a kid, the soundtrack for The Big Chill was never far from the tape deck, and much of my childhood was spent harmonizing to The Marvelettes or dreaming about the waves that open Otis Redding’s “(Sittin’ On) The Dock of the Bay” from my landlocked midwestern home. There is no music that has spent as much time being played over the speakers in my home and car than the music from these two powerfully influential labels, and since many of the artists (Redding included) died young, there has been no chance to see them live in my own lifetime.

From Motown (founded in Detroit by Berry Gordy, Jr. in 1959) I would borrow headliners Marvin Gaye and Smokey Robinson and The Miracles (with opening acts from Stevie Wonder, The Marvelettes, The Temptations, and Gladys Knight and the Pips), and from Stax (founded in 1957 as “Satellite Records” in Memphis) I would take my remaining three headliners, Otis Redding, Wilson Pickett, and The Staples Singers (and openers Isaac Hayes, Booker T. and the MGs, Sam & Dave, and Sly and the Family Stone). If Mr. Redding doesn’t sing “These Arms of Mine,” however, I’m going to be super bummed.

Megan’s answer already has me pining for a time-machine and the ability to pull from all of these answers and curate the first annual Review To Be Named Fest, but until Chris gives me back my monkey-wrench (and my monkey, for that matter), the time machine can’t be completed. So for now, I’ll just have to dream. I’m willing to weather complaints of that my first three headliners are a little same-y, if only because no one in their right mind would not come to see them headline a festival. And because I have a time machine, I get to pick when they are coming from: The Beatles (from 1969), David Bowie (from 1972), and Queen (from probably around 1978, but I’m willing to be convinced to go later here). I recognize that The Beatles a) were not playing live at that point, and b) totally hated each other by then, but after a long talking to, I think I could convince the boys from Liverpool to do a The Last Waltz-style final show that would make the rooftop of Abbey Road look like a basement covers session. Queen is one of the greatest live acts of all time, and in 1978 they had just released News of the World, their album featuring both “We Will Rock You” and “We Are The Champions,” which are necessary if we’re seeing Queen headline a festival. And if you question why I would pick David Bowie in 1972, when his Ziggy Stardust tour was at its height, then you have clearly never listened to Live Santa Monica ‘72, an error you should rectify post-haste.

But then I really need to mix things up, getting away from the ‘70s, and from white British dudes (sorry, Suede fans. This won’t be the line-up for you). So next, I want Nina Simone. And because she is Nina Simone, I want her as late in her timeline as she’s willing to go. That woman never stopped being able to bring down the house, and never lost her smokiness. Even if she’s not going to play the festival, I want Nina Simone, but hey, if she plays some music as well, that would be just groovy. And since Megan has me covered on some Motown greats (and since I’m reasonably certain no one will pick him), I want to close things out with Sun Ra and his Arkestra. He would be great from any time in his career, but if forced to pick, I’d ask him to play his 1959 album Jazz in Silhouette Ra is a brilliant composer and orchestra leader, and also a funky dude with an out-there philosophy. And since he claimed to be from Saturn, I think he and Ziggy-era Bowie would get along famously.

Spice Girls, One Direction, Tom Petty and the Heartbreakers, Balkan Beat Beat Box (look them up!!), Miranda Lambert and the Zac Brown Band*. The pop acts would be one day, rock another and country another so people could buy a ticket for whichever genre themed day they wanted and I could enjoy my all-over-the-place-but-too-mainstream-to-call-eclectic ideal music festival.

Why? Just think of the audience and the fans. Who would it attract? Would there be fighting? Riots? UN Peacekeepers? John Lennon vs the Juggalo Army? Why not?

And as far as an actual response, I’m far too indie for festivals. If a band is at a festival that means they have a large following, and therefore I can’t listen to them anymore. They can only play in clubs that hold 100 people max. I’m so indie I shit looped samples.