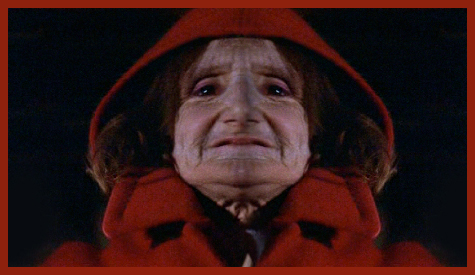 As a "literature person," I almost always read the book before I see the movie. This isn't from some overly simplified view that "the book is always better than the movie," however. I love adaptation. There is nothing more interesting to me than seeing the ways that print gets translated into a visual medium. Sometimes films can tell us what we already know about their source material, and often they pale in comparison to our imaginations, but every once and a while a film manages to reveal something about the book or story or play on which it was based that becomes more clear, more solid, more expressive than even the most beautiful prose can manage. In many ways, the writing of Daphne Du Maurier lends itself easily to adaptation"”her stories and novels are beautifully populated and atmospheric on their own, but it is the emotional core of her characters and their experiences that really sing, and this is what has captured the imaginations of so many filmmakers who come across her work. Perhaps the most famous adaptations of her writing come from Alfred Hitchcock, and there is probably no greater adaptation in the history of film than the work that translated Du Maurier's "The Birds" onto the big screen. The film scraps much of the source material of a British town in the 1940s under attack from the East (read: Communism and the growing threat of Cold War) and relies on the overarching concept and the fears and tensions of man at the mercy of an increasingly hostile natural world.

For some reason, though, I can't bring myself to read the short story "Don't Look Now," on which Nicholas Roeg's 1973 film of the same name is based. I just can't do it. Supposedly Daphne Du Maurier sent Roeg and screenwriters Alan Scott and Chris Bryant a letter praising their transition of her work to the screen, but I'm so enamored with the film that I don't want to know where it came from. This is one of those rare horror films that is at its core a story of grief and trauma that also just happens to have a supernatural element, and so the terror of the film is more of a slow and gut-level sadness for its protagonists and a growing sense of fear about what will happen to them than it is a movie about jump scares or ghosts or gore.

It is difficult to summarize this film without revealing too much, but the film opens with a gorgeously rendered sequence leading up to the drowning of Christine Baxter, the young daughter of John (Donald Sutherland) and Laura (Julie Christie). Torn by grief and struggling with their relationship, the couple travel to Venice for John's work in architectural restoration, and attempt to work through their problems and reconnect. Even this, though, is giving too much away, as the film does such a great job at hiding the couple's emotional struggles in their everyday lives, the masks that they put on for strangers and co-workers. While at lunch one day, a pair of strange women introduce themselves to Laura; sisters Heather and Wendy tell her that Heather, a psychic, can see Christine there with the couple, and Heather says that their daughter is laughing and happy in the red plastic mackintosh in which she died. Laura is instantly shaken; she returns to the table and faints. At the hospital, she seems changed, though, and she tells John how at ease she is after hearing the sisters' revelation. John, however, is skeptical, and though pleased to see the change in his wife, cannot fathom that Laura has worked through her grief this quickly when nothing had seemed to work before, and he is increasingly uncomfortable with the interest his wife shows in befriending the eerie sisters. While spending time with the strange women, they reveal that John is also psychic, though he does everything he can to ignore it, and they tell Laura that Christine is trying to contact John to warn him about something. They proclaim that it is unsafe for him to remain in Venice, and when Laura tells him about the warning, he laughs it off, even remaining in Venice when Laura unexpectedly must return to England. With Laura gone, John begins to lose his footing in Venice, in more ways than one, and he becomes convinced that the sisters are responsible for a series of strange and violent murders terrorizing the denizens of Venice.

Lending a hand to the creepiness of Heather and Wendy's presence in the couple's emotional lives, the twisting and mazelike environs of Venice isolate and confuse John and Laura at almost every turn"”they get lost multiple times, often running into dead ends or stairs leading to the canal rather than finding their hotel or the pensionne where the sisters reside. Roeg's film also makes great use of the images of water and the bright flashes of the color red to draw connections to Christine's death, and the parallels and flashbacks that run throughout might seem overdone at times but they all end up working in service of an appropriately twisty and eerie ending. This certainly isn't the first film to position the "rational" male figure against female figures more willing and open to believing in the supernatural, and it certainly isn't the last, but because of the ways the film is so grounded in the couple's attempts to work through the loss of their daughter, it feels less like a believer/disbeliever dichotomy and more like a psychological exploration of a real experience, and a tenuous relationship set in increasingly threatening environs. This certainly isn't a movie that will terrorize you the ways that more modern films do"”its goal isn't to make you jump or squirm"”but it is filled with gorgeously unsettling imagery and tells the story of a very real horror.