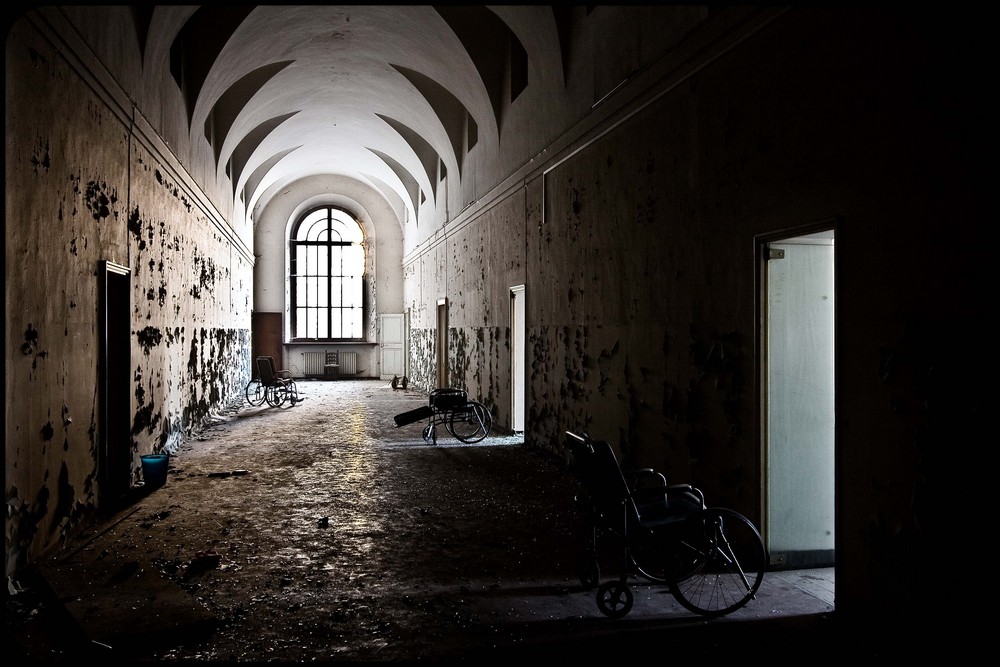 When I was a kid, my mom hid two things in the house: a VHS copy of Night of the Living Dead and the complete library of first edition hardcover Stephen Kings. She has since told me that they were never actually hidden, she just didn't have any other place to put them, but I had always interpreted their seclusion as an indicator that I shouldn't see them, which of course made it imperative that I see them. I devoured them, and have never looked back. There is something about watching a movie through my fingers, crouching down behind the seat in front of me, and that lingering fear that follows me home that has made me a horror junkie for life. I'm really excited to write this feature for Review to be Named, not only because I'm always looking for a way to write about the movies I have seen, but because I'm excited to perhaps introduce people to movies that they haven't heard of before. The films covered in this feature will range from classics to independents, cult favorites to blockbusters, camp to Grand-Guignol, slashers to the occult, and while some recommendations may seem obvious, maybe we can unearth a new favorite.

I will fully admit that part of my affection for this film is rooted in the circumstances of my first viewing. Living in a small college town with very little to do, my friends and I often find ourselves seeking out entertainment that doesn't cost money or require us to drive to one of the larger nearby cities. When our theater was still in business, we would catch every horror film we could, but often the lack of good choices drove us to break into (read: use our grad student keys, but, you know, feeling like badasses) one of the screening rooms on campus to watch DVDs or Netflix Instant on a big screen. One hot summer night in 2010, we caught the opening of The Last Exorcism, and though that has proven to be one of the better horror releases in the recent past, we left dissatisfied with the ending and decided to head to campus to watch Session 9, a movie that we were told was terrifying but didn't know much about. Something about the combination of the scares from earlier in the evening and the creepy atmosphere of the empty university building were exactly what we needed to let down our guards and get entirely wrapped up in the movie"”so wrapped up, in fact, that when a janitor burst into the room, presumably curious about the noises in the supposedly empty building, both I (total scardey cat) and my two typically stoic and unimpressed friends screamed and jumped out of our seats. If your willing suspension of disbelief is strong, then this can be one of the most tense and thrilling movie watching experiences ever. Honestly, the less you know about it, the better the experience, so I recommend you stop reading now and just go watch it (preferably late at night, in a dark room, on a large screen), but here's a bit more if you are still skeptical.

Set in the real life but now demolished Danvers State Hospital in Danvers, Massachusetts, this film follows five men who have been hired to remove asbestos from the long abandoned institution. Gordon (Peter Mullan), the leader of the crew, signs a contract with the state that claims the men will have the removal completed in a week, a seeming impossibility for such a massive space, and, to give an idea of how bonkers this plan seems, he has to under-bid other crews by more than two weeks to get the contract. Driving this agreement is a $10,000 bonus if completed on time and Gordon's apparent financial desperation, in conjunction with pressure from his wife and a sick newborn at home. With this financial incentive on the line, the tensions between Gordon's crew begin to surface: Phil (David Caruso) begs to have Hank (Josh Lucas) removed from the job, ostensibly because he isn't a strong worker, but Phil's jealousy at Hank's relationship with Amy, Phil's ex-girlfriend, sneaks into his motives; Mike (Steven Gevedon) begins to question his decision to quit law school and becomes increasingly distracted from the job; and Jeff (Brendan Sexton III, but best known to me as "Warren" from Empire Records) is Gordon's nephew, trying to impress the other workers but also struggling with the atmosphere of the hospital and suffering from severe nyctophobia (more commonly known as "fear of the dark").

Filling in the space between the personal dramas that arise is the history of the hospital; drawing on the real history of the Danvers institution, the film references the hospital's origins through its closing, including the rumors that Danvers is the birthplace of the frontal lobotomy and that upon its closure, institutionalized patients were released into the streets of Danvers, and frequently returned to the abandoned building when there was no other place to go. Adding to the already creepy history of the real location, the film adds to the mythology by referencing cases that supposedly arose"”at lunch on the first day of work, Mike tells the other guys about the Patricia Willard scandal in 1984 that presumably helped steer the state's case towards deinstitutionalization (a move that was actually happening throughout the country at this time). Patricia Willard, he tells them, was admitted as a manic depressive and subjected to "repressed memory therapy," unearthing hidden traumas to work through a troubled past. According to Mike, Willard recalls that her father raped her when she was 10; further inquiry into these repressed memories reveal further memories of black robes, satanic orgies, and infant sacrifice, all at the hands of Willard's parents and grandparents. After taking the case to court in a very public battle, Willard recanted her testimony, and the case was dropped. Soon after, the hospital closed.

If you were to take these sorts of strange theories and place them on some Hollywood soundstage, they might just seem cheesy and contrived, but when filmed against the background of this monstrous institution, any fears about what insane asylums were like in the past start to burrow under your skin. Director Brad Anderson (The Machinist) uses both fantastic exterior shots to establish the vastness (and seclusion) of the massive building and grounds, but he more smartly draws on the interiors as well, including anything that was abandoned when the institution was closed. High ceilings and long, darkened, water-damaged hallways, cramped patients' quarters with the walls plastered with the creepiest collages imaginable, various medical instruments that look more like torturous weapons when scattered on trash-covered floors, meat hooks hanging empty from the kitchens, hydrotherapy tubs filled to the brim with water leaking from the ceilings, and a single chair swathed in a beam of light at the end of a pitch black hall"”these images are straight out of nightmares, and Anderson captures them to great effect, letting them swim over the screen while the crew chats about work or their lives, or using them as jarring cuts between scenes.

Taking the combination of this terrifying real life location and the stress-filled encounters between the crew's members, it thankfully doesn't take long for the film to start letting the tension mount, and the pace is determined, but never rushed. Gordon's lack of sleep starts to get to him; Jeff's inexperience, combined with his crippling phobia, is put to the test in the environs of the hospital; and Phil and Hank's antagonistic relationship starts to build up steam. What really drives home the ways that the hospital begins to affect the men, however, is Mike's sudden obsession with the case files of former patient Mary Hobbes. Beginning to think that he might want to return to law school, Mike finds a file room and seeks out more and more excuses to sneak away from work, seemingly obsessed and compelled to listen to the "session" tapes recorded by Mary Hobbes and her doctor during therapy. As the session tapes progress, Mary is heard using different voices, each with its own persona, being asked to describe an incident that happened on Christmas 22-years prior. Each successive tape becomes darker and more frightening, and Anderson lets these recordings bleed over the scenes of the other men while they are at work, and the voices and their tale escalate the feeling of claustrophobia and lack of control. The film never references the supernatural, but it becomes difficult to know whether or not there is something sinister at work in the building's environs, or if there is a logical explanation for the events that transpire. By the time the "Session 9" tape is played, all of the conflicts come to a head"”to say anything more would probably give away what is a very satisfying and eerie conclusion to an inventive and dread-filled film.

The film isn't without its faults, though at least one probably can't be helped now anyway"”one of the biggest problems is that it is impossible to see David Caruso playing anyone other than Lieutenant Horatio Cane from CSI: Miami, and many of Caruso's acting ticks are on full and distracting display. There are many times when the use of voice-over (particularly in the case of Gordon's conversation with his wife, Wendy) is marred by poor sound editing that can sometimes take you out of the world of the film. The script itself also relies on a lot of dialogue to provide exposition, and often it comes off as pandering, more frequently unnecessary, and occasionally awkward, though I was less bothered by it on subsequent viewings. It is a testament to the power of this movie that my friends and I spent the first hour making fun of the dialogue and Caruso's mannered line delivery and still came away both terrified and intrigued by the film's location and history. Though Danvers State Hospital no longer stands"”it was closed in 1985, bought by a development firm in 2007 and despite its status on the National Historic Register was mostly demolished (except a portion of the original faÃ§ade) and turned into an apartment complex"”you can still see the bones of the original structure looming on a hilltop as you drive on 95 North out of Boston, and if you take the time to drive up the hill, the stairways and gazebo structures used in the film are still standing. Though it is by no stretch of the word a perfect horror film, Session 9 has a lot to offer, but you have to be willing to give yourself over to its dark and deadly charms.