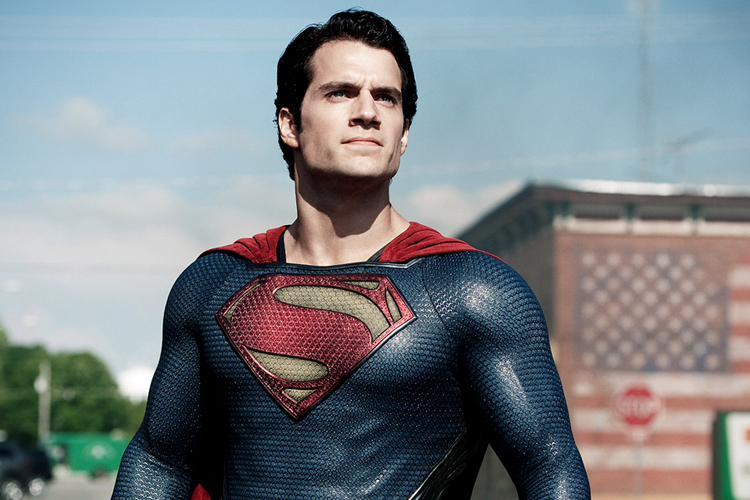 For better, and often for worse, Man of Steel is a Superman film for our time. There are drones and acts of terror, cities are razed and narratives played out of order with little rhyme or reason. This is a science fiction film writ as a super hero epic (and it is an epic, both in run time and in ambition), an alien invasion story with a cape as a facade. There are ideas here, about hope, salvation, and the power of optimism, but they are buried beneath such monochromatic bombast its hard to ever get a feel for them. Actors walk around, as if the film is populated by human beings, but it is written and directed with little care for whether the things on the screen are people or pawns.

The opening sequence shows us the last days of Krypton, a planet wracked with perils both ecological and political, but the movie spends so little time developing these problems they never really take hold. We are then rocketed forward in time three decades, where our hero lives as a drifter, trying to uncover his alien past and perhaps find his purpose in the process. There's a kernel of a great idea at the core of this movie, about Clark Kent the man, and his status as a perpetual outsider who chooses to use his powers to become a beacon for what mankind can be. The film repeatedly hits us over the head with the idea that Superman represents hope, that he is to be the best of mankind, so that the rest of us might look up into the sky and aspire to greatness. But David S. Goyer's script never gets beyond telling us that. This is the first Superman film to match its lead in scale, but it never manages to match him in size. Its stakes are appropriately gargantuan, but they are physical, not emotional, and they keep viewers at a distance. Where the film should be a triumphant story about the potential in us all, it is instead little more than an enervating slog through various high octane set-pieces that completely loses the human dimension in its quest to capture the Godlike powers of its hero. The action sequences do Superman proud, yet Clark Kent is all but lost in the process.

The film is well cast, which almost makes its utter lack of character development even more disappointing. Henry Cavill looks great as Superman, and he wears an outfit that is completely ridiculous so well I never felt the urge to laugh. Michael Shannon brings a righteous fury to the genocidal General Zod, and with him the film brushes greatness. In a monologue that could have been stellar if it wasn't strictly expository, Zod discusses the fact that Kryptonians were genetically engineered for their roles, and he was designed only to protect Krypton, at any cost. Shannon makes the tragic depravity work, and in that moment, he made me wish the film beneath him could match his performance. Similarly, supporting actors Amy Adams, Laurence Fishburne, and Richard Schiff are up to a task they are never even given. The former two play characters important to the Superman mythos, but they are shaded so lightly, they mostly feel like extras bearing their iconic names.

Director Zack Snyder acquits himself well in the action sequences, which are stellar, even if the onslaught of destruction eventually loses its impact and its power. Man of Steel suggests that the lessons learned from real world acts of terror are technical more than emotional, and the death toll of the film (which must be in the thousands, if not higher) is never commented on at all. We see Superman rush desperately to rescue anyone whose name is in the credits, but he never stops to consider the buildings he topples and explosions he causes. The path of destruction he creates undercuts his status as a savior of humanity, to the point where there is a dark (and, I suspect, unintended) irony when a character proclaims "He saved us." Though she has survived, thousands of others have been lost, and their deaths don't seem to effect the hero at all.

The scale of Man of Steel cannot be denied. One of the major challenges in creating a Superman story is giving him a threat to match his power set, and here the film succeeds. The action matches the hero's abilities, and more than perhaps any other super hero film ever made, this feels like it has sprung right from the pages of an action-packed issue of a comic book. The set pieces are hollow though, because the film never takes the time to fill in the characters it throws into harm's way. The script tells us what it wants us to feel, and to learn, but the movie never gets around to backing up its thematic aspirations narratively. Its too busy wreaking havoc on the fictional skyline of Metropolis to care about the people who live there. Man of Steel is a film about an alien who is supposed to reflect the potential of our species, but its a movie so lacking in humanity, the message never truly gets across.