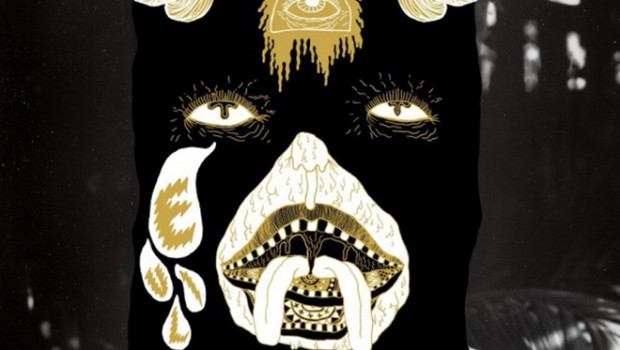 Portugal. The Man has spent the last seven years quietly refining its sound, creating its own, distinctive brand of psychedelic pop and playing around inside a sonic soundscape of its own creation. No two Portugal. The Man records sound exactly the same, because in spite of the band's clear wheelhouse in the hazy psychedelia mode, each record experiments with a different set of influences and plays with slightly different sounds. This gives each album a definitive intent that many albums by bands with narrow wheelhouses lack. Each release by this group serves a purpose, exploring distinctive sonic ideas, even as lyrical themes tend to reappear from album to album.

The group's last album, 2011's In The Mountain In The Cloud was one of my favorite albums of that year, a career highlight for the group that mixed their signature sound with clever lyrics, catchy melodies, and hooks that pull you in and never let you go. To say that the group's eighth album, Evil Friends is different is almost redundant--this group is always tweaking, always searching for a new way to express their sound and a new take on their genre. The group took their longest break to date between In The Mountain In The Cloud and Evil Friends (even though it has only been two years, the group released one album in every year from their formation), and the time off shows, mostly in very good ways. Where In The Mountain In The Cloud often sounded like the band had finally figured itself out, Evil Friends has a cool confidence the group's previous albums have lacked.

Its impossible to discuss the album without highlighting producer Brian Burton (better known as Danger Mouse), whose contributions are essential to what becomes the sound of Evil Friends. The psychedelic haze that defines the group still floats over every track of this album, but its impossible to deny this is a blues-influenced record, one that has far more in common with another group Burton produces for, The Black Keys, than anything in Portugal. The Man's previous discography. "Creep in a Tshirt" is a funky, blues-driven rocker that wouldn't sound out of place on a Black Keys album, were it not for frontman John Gourley's distinctive vocals. Its a great song, and evidence that Portugal. The Man is never done growing as a group; they may remain true to psychedelia, but they are never comfortable resting on their laurels. Perhaps the album's best track is the one that most thoroughly mixes this new sound with the group's classic psychedelia, "Modern Jesus," a synth-y return to the group's pet theme of anti-spirituality and an embrace of existentialism. If that sounds heady, its anything but; the song is a damn catchy pop song where psychedelia and blues flow together and merge into something transcendent.

"Sea of Air" finds the group stripped to its barest, with Gourley and a guitar driving the verses, and the group harmonizing on the incredibly catchy chorus, which is sure to be one of the best earworms of the summer. Things are darker, funkier, and more blues influenced than before, but there's still plenty of space for the group to return to its comfort zone, as on "Purple Yellow Red and Blue," a late album winner that will rebuff any claims that the group has abandoned its ideals chasing a new sound. Evil Friends plays like the dark mirror of In The Mountain In The Cloud its title implies, and while the earlier album's effortlessly catchy pop won my heart more quickly and thoroughly, Evil Friends worms its way in slowly, seeping through the cracks in your mind until you find yourself returning to it, again and again, for another fix of its particular brand of psychedelic blues. Its a completely unique blend of two great sounds that work well together, and it goes down smooth in the summer heat.