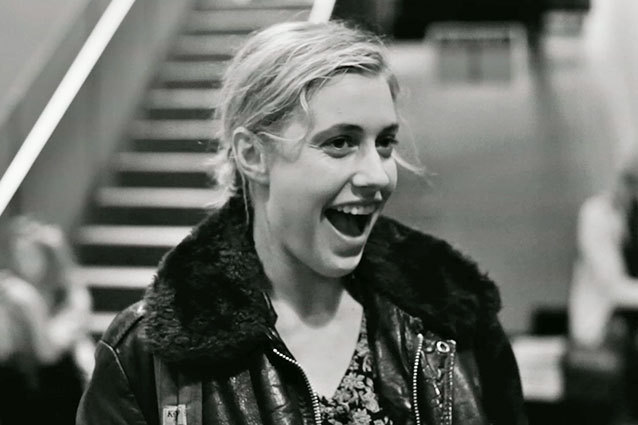 Where Noah Baumbach's last film (the pretty great Greenberg) was hilarious in its misanthropy, Frances Ha is more cringe-inducing in its relatability. I know Frances (Greta Gerwig). I've dated Frances, or at least to the extent Ben (Michael Zegen) does. And her exploits throughout New York (with various dalliances in Sacramento, Paris, and Poughkeepsie) feel very much like the sorts of shenanigans people in their mid-20's (myself included) get into. This is another in the burgeoning genre of post-college malaise films about people in their 20's who still have yet to get their shit together, a story about a woman slowly, humorously becoming independent and "adult."

Gerwig is stellar as the film's anchor. She's wryly charming, perfectly ineffectual, and smart enough to know she's flailing without being quite self-aware enough to stop the spiral. It's an excellent performance, and a self-conscious showcase for Gerwig as an actress (she co-wrote the film with Baumbach, and the two are romantically involved). The film is painfully realistic about life and love, but it draws most of its emotions from the relationship between Frances and her best friend (Mickey Sumner), who begin the film as roommates and closest confidants, and begin to drift apart as diverging desires and opportunities come their way. Things change, because they must, but the two share a bond that the film perfectly encapsulates in its final moments, playing off an earlier monologue for a touching, true moment between old friend who may grow apart but will never leave each other behind.