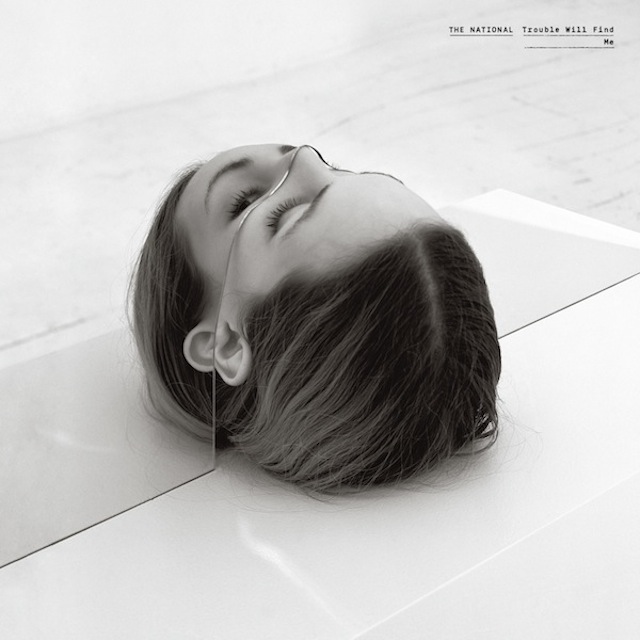 Bottom Line: The National's sixth release is full of styles old and new that will please established fans and win new listeners.

In recent years, The National have gone from being an opener for other indie acts to a band that can easily sell out venues as a headliner. Their 2010 release High Violet was one of the most acclaimed albums of the year, and since then they have gone on to record songs for the video game Portal 2 and the HBO show Game of Thrones. They're hardly a new creation either as their self-titled debut was released 12 years ago (that's 2001 folks) and they've come up with a new album almost every other year since that time (Sad Songs for Dirty Lovers - 2003, Alligator - 2005, Boxer - 2007). I personally first heard of the band when they opened for Arcade Fire in 2007 right before Boxer dropped, and I remember really liking their sound and becoming a devout fan of the band by 2008. In my mind, The National meant snare heavy drumming, repetitive guitar hooks, and a baritone singer emitting really depressing lyrics in an almost incomprehensible mumble. I loved it.

Granted, this hasn't always been The National's sound, and their first albums almost had a tinge of alt-country in them. Lead singer Matt Berninger has always had a deep voice, but before Boxer many of his lines were slightly easier to understand (though the lyrics were always fairly cryptic). Hell, he even screamed in a few songs (this sounds amazing live). Then Boxer introduced the mumbly snare drumming sound I knew. High Violet recreated this style on tracks such as "Anyone's Ghost" and single "Bloodbuzz Ohio," yet also brought back the less choppy drumming and the more comprehensible singing on "Terrible Love" and "Vanderlyle Crybaby Geeks." It also added vocal harmonizing on the tracks "Afraid of Everyone" and "Conversation 16," something new for the band.

Clearly, the National have a few styles to work with, and they seem to have brought most of them back for Trouble Will Find Me. They even have a few new sounds, though no major departures that will make you think "wait, this is The National?" And hipster fans can rest assured that despite their increased popular appeal and commercial success, they did not sell out.

Trouble Will Find Me opens with "I Should Live In Salt," which actually bears a resemblance to High Violet's first track "Terrible Love." Only instead of "It's a terrible love that I'm walking with spiders" we have "you should know me better than this," and instead of a heavily distorted reverberating guitar, we have a more straightforward acoustic line. It's not a bad opener, but it did worry me that the rest of the album would sound like this on first listen.

Fortunately, second track and album single "Demons" cleared any apprehension as soon as I heard Berninger going into his deepest croon possible. Sure he raises the pitch towards the end, but the chorus of "I stay down with my demons" and lines like "when I walk into a room I do not light it up" over Bryan Devendorf's thumping drums make it a track sure to please established fans of The National.

Third track and single "Don't Swallow The Cap" is what really drew me into this album though, as it exemplifies the sound I fell in love with around Boxer's release described above. Does it have prominent snare drumming driving the track? Yes. Repetitive guitar hooks that gradually change its tone? Yes. And does it have Matt Berninger singing depressing lyrics in a baritone voice. Oh goodness yes - try "I have only two emotions/ careful fear and dead devotion/ I can't get the balance right." It's everything I wanted out of The National and more. Same goes for "Graceless" which throws in a bassline reminiscent of the band The Drums and the middle part of "This Is The Last Time," which ends with an orchestral part and vocal harmonizing to give it some dramatic flair. "Humiliation" almost approaches this style, but Berninger's voice is a little too high and the drums a little too straightforward to find its niche there.

Outside of these tracks though, I was taken aback by the simplicity of many tracks on Trouble Will Find Me. "Fireproof" is reminiscent of "Anyone's Ghost" in its desperation, yet aside from a finger-picked acoustic guitar line the remaining notes are fairly sparse, which works amazingly for the tone of the song. "Heavenfaced," "Slipped," "I Need My Girl," and "Hard to Find" are also fairly minimalistic, defined by simple instrumentals (sometimes piano) and toned down guitar and drums. Of these I only really grew to like "I Need My Girl," which despite the kind-of dumb sounding name and its expected namesake chorus sticks out due to a very simple guitar hook that's repeated throughout and great vocal pacing.

Contrasting these are a couple of fuller tracks: "Sea of Love" and "Pink Rabbits." The former is potentially the highlight of the album, and has one of the most ambitious and intense sounds I've heard from the band despite since the shouting in "Abel." The snare drumming drives the song with an electric guitar melody and dynamic changes from the quiet break where Berninger drops the album's namesake ("if I stay here, trouble will find me") to the climax of "Hey Jo, sorry I hurt you/but they say love is a virtue/don't they?" Meanwhile "Pink Rabbits" is a jazzy piano-driven tune with lines only The National could pen such as "You didn't see me I was falling apart/I was a white girl in a crowd of white girls in a crowd" (I guess he's no longer a birthday candle in a circle of black girls?).

While Trouble Will Find Me doesn't throw in anything too radical such as soaring guitar solos or synthesizer, it does show that The National can go from stripped-down to grandoise over and over during the course of an album without it sounding unnatural. It's somewhat hard to pinpoint exactly one thing that the album introduces (like the vocal harmonizing in High Violet or the shouting/screaming in Sad Songs for Dirty Lovers), but maybe it's the simplicity of songs like "Heavenfaced" that caught me most off guard, and not particularly in a good way. However, these are fairly minor complaints compared to the amount of solid tracks on the album, including "Fireproof" and "I Need My Girl" that show simple can be a good thing here. Overall Trouble Will Find Me made me content with the brooding drum-driven numbers that I've grown to know and love about the band, and it really pulled me in with the range of styles and sounds over the course of the album.