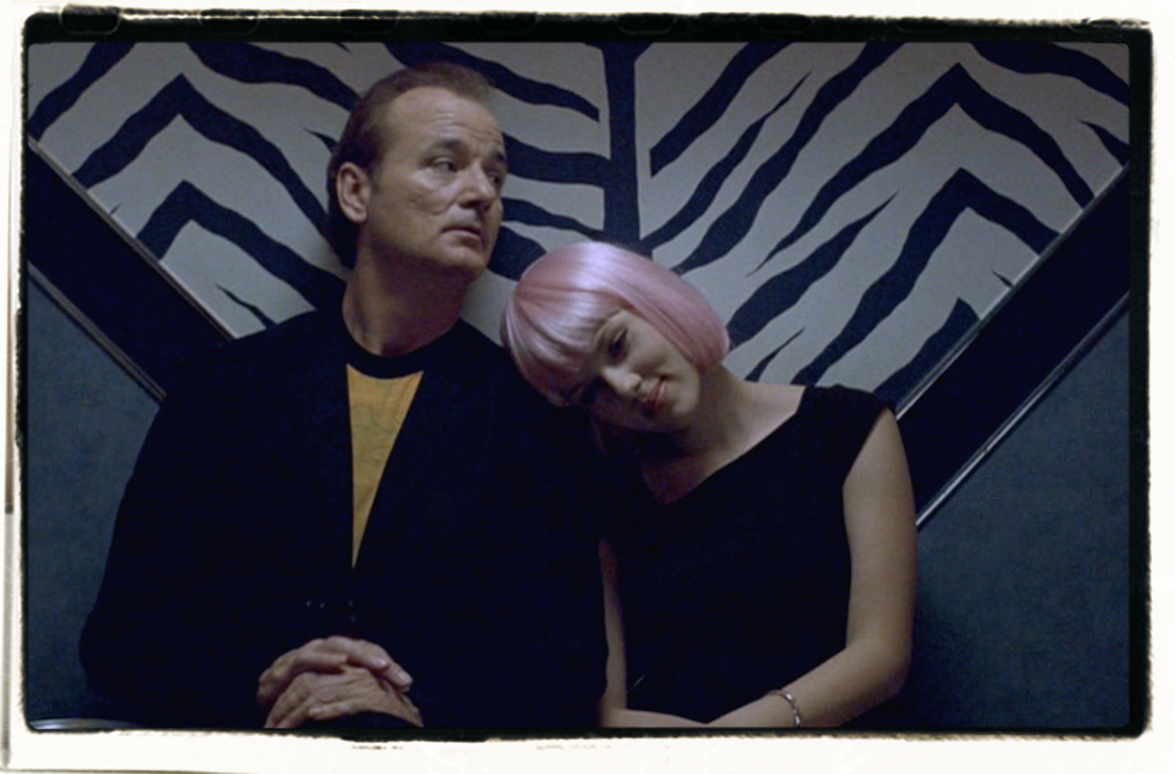 The Oscars are upon us, so--putting general vitriol for the awards system aside--is there someone you think has been unfairly ignored by the Academy, someone who has been given too much love, or someone who is deserving of an Oscar but was given it for the wrong reasons?

Why doesn't Leonardo DiCaprio have an Oscar? He has been thrice nominated, for What's Eating Gilbert Grape, The Aviator and Blood Diamond. All three times, he lost out to actors who arguably won for career defining performances: Forest Whitaker in The Last King of Scotland, Jamie Foxx in Ray and Tom Hanks in Philadelphia. So maybe he hasn't had the role of his career yet, but he has taken on many nomination-worthy roles that were ignored by the Academy. I was shocked when he wasn't nominated for Revolutionary Road, and the internet appears to be equally surprised that he wasn't nominated for Django Unchained. Although not a movie typically considered Oscar bait, I think Leo should have been nominated for Shutter Island as well. After all, it was based on a book by the same author that wrote Sean Penn's Best Actor winning vehicle Mystic River.

What's the deal Academy--he is white and well-connected--are you jealous that he dated Bar Rafaeli? Let's be real, Leo is going to keep striving for an Academy Award and eschew Jack from Titanic-like roles until he gets one. The grainy pictures of him on yachts with models just aren't doing it for me anymore, I want to see him in a truly swoon worthy role before I get too old to swoon. Please Academy, just give him a shiny statuette so he can fully embrace his heartthrob/playboy status. EVERYBODY WINS!

I could easily write an entire feature for this website with this question as its premise. That is how many answers I have for this question. Honestly, this is a conversation I have had more than almost any other conversation in my life (except maybe the classic "Do we even need award shows?" discussion Sam and I have roughly twice a week during awards season). I can say that "people winning an Oscar for the wrong movie" isn't that big of a problem for me. It irks me when someone isn't recognized for doing great work, obviously, but its hardly rare for the Academy to eventually give someone an Oscar for basically showing up when it realizes it missed the boat (or in the case of someone like Martin Scorsese, about a thousand boats). Should Scorsese have won Best Director for many of his earlier classics? Yes. Was The Departed his best movie? No. But at least now I don't have to make jokes about how Three Six Mafia has more Oscars than Martin Scorsese anymore (they now have the exact same number of Oscars, which is totally reasonable, right?).

What drives me crazy, though, is when The Academy ignores what I think of as an actor's best shot at taking home a statue. Sometimes lightning strikes and a performer is doing something totally different, new, and out of their wheelhouse, and failing to reward that seems to miss the entire point of the Oscars, or really any award show. And while people like Scorsese (or whoever your favorite example of a long unrewarded or never rewarded artist is) will always get another bite at the apple, a lot of these people will not.

I also worry that this practice leads some people down Oscar bait-y paths. Didn't win for your shockingly raw dramatic turn? Just do it three or four more times and the Academy will finally throw a statue at you. If Bill Murray had just won for Lost in Translation like he should have, would a movie like Hyde Park on Hudson even exist? If Jim Carrey had been recognized for Eternal Sunshine of the Spotless mind (which also should've gotten Kate Winslet an Oscar, but she is a whole different, and probably better, answer to this question), we would probably all be collectively happier as a society. If Eddie Murphy had won for Dreamgirls, maybe he never would have made Norbit. That last one makes no earthly sense, but a guy can dream, right?

Also, on a completely unrelated note, just give Laura Linney an Oscar already, ok guys? She has more than earned it.

One of the things that continues to irk me about the Oscars, among many other things, is how desperate it is to try to cover up its own bullshit. If you've made stupid mistakes in the past, don't pretend you were always in the right. For instance, never giving Alfred Hitchcock an Oscar for directing looks pretty fucking stupid, right? But Oscar fans will quickly point out that he did receive an Oscar....a lifetime achievement Oscar. That last part will usually be said in a bit of whisper because the truth is, that was a way to cover the embarrassment the institution should feel for leaving him off the stage. Good thing the Oscars had Scorsese's The Departed in a weak year for directors, otherwise they wouldn't be able to say that Scorsese got his Award after people complain about how his best works, Raging Bull and Goodfellas, went unrewarded.

So in short, I wish that Martin Scorsese and Alfred Hitchcock got the praise they should have when their movies were eligible. Tell me all you'd like about the statues they do have, they are certainly deserved, but I have more of an issue with the ones they never received.

I think too much celebration is given to actors who transform physically for a role. If they get a hair cut or add a prosthetic, sure, they might look more like their character, but it required no effort on their part.

When an actor has to dramatically gain or lose weight, that does require lots of effort on their part. However I think our 24 hour news cycle, information saturated culture makes this a bit of a circus attraction. "Look how [insert negative hyperbolic adjective here] that actor looked in the movie and now six weeks later they looks like a model again!" It is kind of a meat market, especially when it comes to female actors.

While a good acting performance can accompany this transformation (see everything by Meryl Streep), it does not always. The acting is given less attention and critical analysis in this scenario. A bad performance can be over-celebrated, but also the body hype can wear out an actually good performance in the public's (i.e. my) perception.

All of this mis-focused hype encourages more actors to seek out these roles in hopes of hardware. I think the world and entertainment media needs to all take a step back and chill out about this.