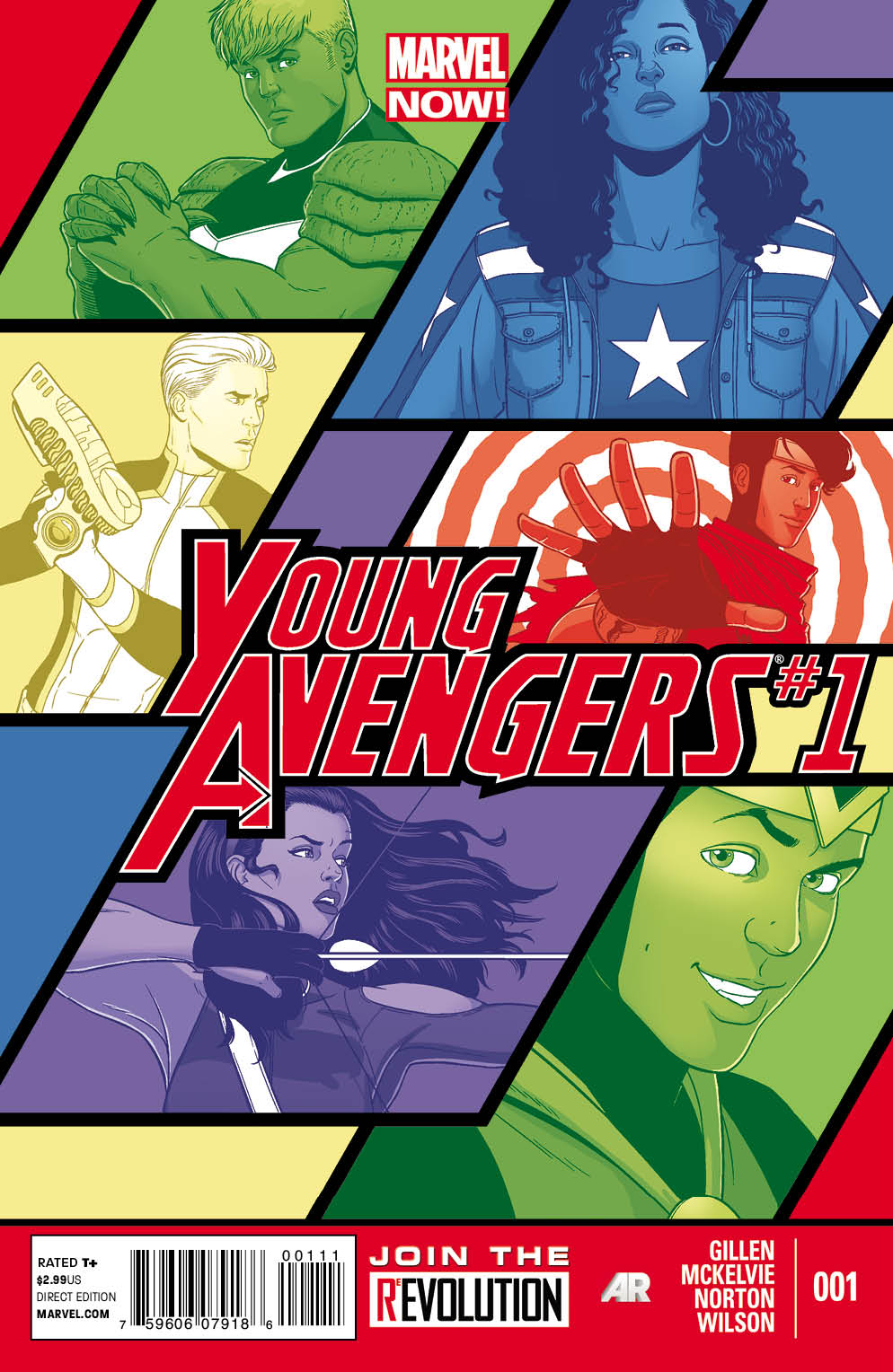 As you may already be aware, the entire creative team that produces Young Avengers #1 also makes a book over at Image called Phonogram. I quite enjoyed the first volume of Phonogram, but volume 2, Phonogram: The Singles Club, was a watershed mark on my comics reading history. It was the kind of book that reminded me why I loved the medium to begin with, while also challenging my perceptions of the kinds of stories it could tell. For this reason, Young Avengers was my most anticipated launch of 2013, and the book did not disappoint.

The last time we saw the Young Avengers the team had hung up their capes under the insistence of Wiccan that their attempt to follow in the footsteps of the Avengers had cost them the lives of too many friends. However, for his teammates Hawkeye and Hulkling, a desire to do the right thing for no other reason than it needs to be done is central to their characters. When Wiccan finds out that his boyfriend Hulkling has been going out on patrol behind his back, he admonishes Hulkling, but Hulkling turns the table on Wiccan by reminding him that while Hulkling lost his mother, Wiccan's life is pretty great. This prompts Wiccan to make a choice that will have far reaching consequences for Hulkling, himself, and their friends.

Gillen has stated time and time again that this book is all about interpreting the experience of being 18 through the metaphor of the super hero, and that shines through in his tightly polished script. Where other super hero teen books tend to wallow in angst, Gillen's characters revel in their abilities and the experiential opportunities those abilities afford them. Each character posses a distinct voice and share the common bond of possessing a restless energy, of being just on the cusp of accomplishing something great.

Jamie McKelvie is an artist's artist. His clean style is disarmingly simple at first glance, but once you notice the level of emotional nuance, linear choreography, and kinetic endowment he puts into his work there is no taking him for granted. More impressive still are his experiments with layouts. The opening action scene featuring Hawkeye and Noh Varr is just the first of many stylized fight scenes McKelvie will render during his tenure on this book, each promising to be more ambitious and completely unique from the last. Knowing that McKelvie is capable of delivering, Young Avengers just entered the conversation with The Flash and Batwoman regarding what book has the most beautiful and innovative art in super hero comics.

Young Avengers #1 is a sharp debut from a team I was already expecting to deliver great things. If you are wary of a book called Young Avengers, I can assure you this is not your typical teen melodrama, rather it's a book that explores and celebrates the best aspects of youth while telling a pretty fun adventure story where space aliens get punched. If you have any doubts that Gillen and McKelvie are having the time of their lives with this book, just take a glance at the title page, where their respective credits read: "Writes" and "Arts".