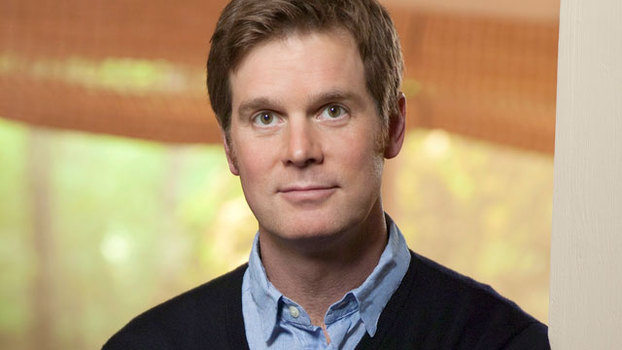 This week's question comes from Sarah, who asks: Do any of you find yourselves foaming at the mouth at a fictional someone or a group of someones, while everyone else seems to miss how truly and utterly terrible they are?

I like things that lot of other people like: Taylor Swift, Harry Potter and gin and tonics, to name a few. I know that groupthink has resulted in some disastrous outcomes, but I take solace in the fact that, at least as far as my pop culture tastes are concerned, lots of people (well"¦teenagers) are on the same page as I am. On occasion, I Google my thoughts on a particular item of pop culture just to make sure that someone, somewhere agrees with me.

It was on one of these forays into the mind of the internet that I discovered that people love Adam Braverman, the eldest son on the NBC dramedy Parenthood, played by Peter Krause. I do not love Adam Braverman, evidenced by the fact that I had just Googled "Adam Braverman is a dick," and was surprised to find that I was practically alone in wanting to reach through my TV or computer screen and throttle Adam every time he opened his mouth. People on the internet, with a few exceptions, hold Adam Braverman out as a shining example of a family man with all his ducks in a row. Many people credit Jason Katims for creating in Adam Braverman a role model in the mold of Coach Taylor on Friday Night Lights. To that I say, are you fucking kidding me?!?!?

To me"”and as far as I am concerned, anyone with a brain"”Adam Braverman is an asshole. From the very first season, viewers are told that if the great and powerful Adam Braverman can't immediately see a way to fix a problem, including his son's Aspergers diagnosis, then the situation is hopelessly beyond repair and we should all condemn whoever complicated Adam's life in such an awful way. He handles every event"”his daughter's loss of virginity, his father's aging, his brother's money troubles, and his wife's cancer, to name a few"”as if they are inconveniences to him above anyone else. As icing on the irritation cake that is this festering boil of a character, Adam treats the women in his family in a way that makes me seethe with rage: equal parts petty and condescending all covered in a veneer of saccharine kindness.

I could rant about him forever, but the point is do not like Adam Braverman. I do not like him in a boat, or a moat, or with a goat, but everyone else seems to love every part of him and that frustrates me. How are the legions of Adam Braverman fans missing the obvious"¦that he totally sucks?!?! This exasperation plagues me every time I watch an episode of Parenthood and leads me to wonder if anyone else has a beloved TV, movie, or book character or grouping of characters that raises their hackles?

I look forward to your responses and encourage you to be graphic because knowing that this public flogging of Adam Braverman is now on the internet for other people to see feels really great. Who knows, maybe 2013 is the year that everyone punches Adam Braverman in the face and is applauded for it.

I know that plenty of people were disappointed by Katie Holmes as Rachel in the first of the Christopher Nolan Batman movies, Batman Begins. However, I HATE her, with a deep and abiding passion. Her stupid side-of-the-mouth talking, her aggressive self-righteousness, and her determination to put herself into increasingly dumb situations, all for the sake of some weird misguided "courage", all work together to make her my least favorite person possibly ever. I spend so many minutes yelling at the screen at her, instead of just reveling in the awesomeness that is the movie, and it is deeply unpleasant. I hate her so much that I was sad she got replaced in the second movie, if only because it would have been satisfying to watch her get blown up. Thank god for Maggie Gyllenhaal, though, or else I would have been forced to waste time in The Dark Knight yelling at Rachel as well. Seriously, though. Holmes' Rachel is the worst.

Most of the TV shows I watch are filled with self-consciously horrible human beings, which makes missing how awful they are kind of difficult. A lot of the other characters I hate are kind of mainstream, my hatred caused by awful misuse (I'm looking at you, Kalinda on The Good Wife) or just the fact that the show isn't written very well (like Glee, when that was a show I watched), which is really the fault of the writers, not the characters themselves.

So with a lack of vitriol this week (maybe my New Year's Resolution to hate less is actually working, but probably I just have vacation brain), I'm going to call out a type of character I hate that most people seem to be blissfully unaware of: the useless child in a prestige drama. If you know me, you know how annoyed I am at the complete uselessness of Walt Jr. on Breaking Bad, New new new new new new new Bobby on Mad Men, Chris on Homeland and their ilk. These characters make me laugh more than they make me foam at the mouth, but each seems like a huge vat of wasted potential where an actual character could be. They're the guys eating pancakes as the world falls down around them, playing Hearts in a war zone, and sitting silently while their sister gets all the good storylines. And it makes me...kind of a little angry, I guess?

Girls is one of those shows I like, but I'm on the razor's edge and I feel like I can hate it on apocalyptic levels at any moment. What keeps me on board is my belief that Lena Dunham knows exactly what she's doing. Dunham is creating a group of complicated, and often unlikable, entitled characters. Just because the show portrays this, doesn't mean it's saying its OK. Though the character who I really hated throughout all of season 1 (and I think he was was supposed to be goofily endearing) was Adam Driver's Adam Sackler. I think there's a general consensus that he's supposed to be viewed as disgusting as we giggle through our secret affection for him. The end of the first season has moved me from blind rage hatred to seeing him at least as an actual human being who can exist on this plane. Though I feel like I'm in the minority as not being taken by his fun quirks like masturbating randomly and bordering on being emotionally abusive toward Hannah, the show seems to be taking initial steps toward making him a real character. Then again, maybe I'm in the majority in my feelings toward his character. It's a tribute to this show that it makes me really think how I feel about Adam and many other characters.

Fucking Carrie Mathison, oh my god. I think that the culture at large wants to pat itself on the back for being so enraptured with a female lead, especially one who's an espionage genius, but is that really such an achievement given her behavior? Inexplicably, she falls madly in love with Brody and risks her entire career to aid and abet his insanity. And that's AFTER he had gotten her fired and institutionalized, as well as attempted a major terrorist attack and murdered the Vice President. What connection do these two have? They've only banged a handful of times MAX, plus a heartfelt chat in the woods behind her cabin. If all Carrie needs in a boyfriend is someone experiencing combat-related trauma, there are literally THOUSANDS of non-terrorist veterans with whom she can commiserate while naked. And bonus, they aren't redheads with lockjaw!

Now, there's nothing wrong with a character being insane. Especially in Season 1, Carrie's insanity (sexual compulsivity, secret wiretapping, self-medicating) made for compelling television. But personally, it isn't enough to make her likable, and I don't think there's much reason to hail her as a kick-ass heroine. Buffy didn't have to fuck the Mayor (or any Big Bad) to defeat him - she was just really good at her job. Why can't Carrie just be really good at her job? Why do the writers undermine a character with a lot of potential by turning her into a weepy, self-sacrificing mess over this objectively shitty guy? Why am I going to watch Season 3 anyway?

I absolutely cannot stand her "O my god, look at me, I am so awkward and meeh what do you mean I'm pretty, I just want to sing things and be so strange but actually look I'm adorable!" schtick. She is, in my mind, the less talented Deschanel, and her saccharine personality makes me wretch. And those bangs! Come on! What are you, 7 years old?! She looks like a god damn anime character or something. She's by far the most annoying thing about New Girl, a program that would be INFINITELY BETTER if the writers stopped making it the Zooey Deschanel show. Maybe it's because I'm from the North East and am programmed to believe that anyone who seems that sweet is automatically a disingenuous douche bag deep down on the inside.

Note: Unfortunately, our brilliance is sometimes a finite resource. Send us your ideas for future installments of Random Pop Culture Question of the Week on twitter @reviewtobenamed (follow us here), or shoot us an e-mail at reviewtobenamed@gmail.com.